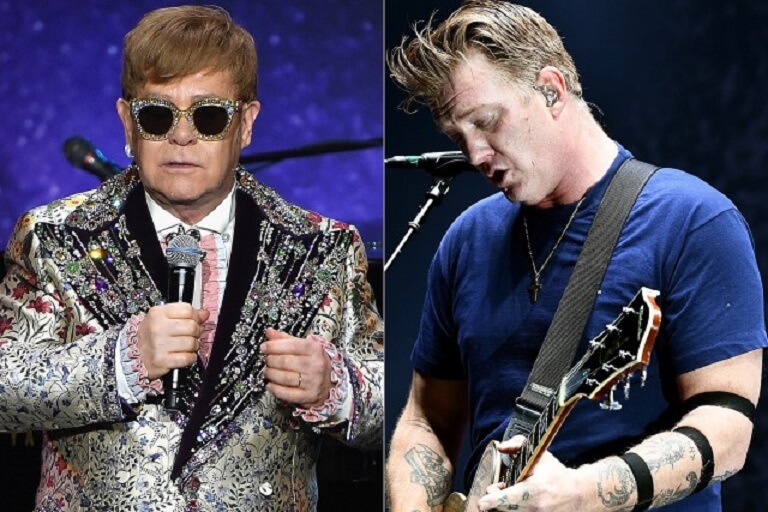 Queens of the Stone Age surprised the audience when they’ve played at The Forum on February 17, in a set that included a cover of Elton John’s “Goodbye Yellow Brick Road.”

For that number, along with several other encore performances, the band was joined by producer Mark Ronson, who helmed the Queens’ 2017 Villains LP. The song marked the third number in the encore set, following “The Vampyre of Time and Memory” and “Broken Box” — the latter of which received its first concert airing in over a decade.

While the Forum show was the first time Queens of the Stone Age performed “Goodbye Yellow Brick Road,” it isn’t the band’s first connection with Elton John.

“Monsters in the Parasol”

“The Way You Used to Do”

“You Can’t Quit Me Baby”

“The Evil Has Landed”

“I Sat by the Ocean”

“Go With the Flow”

“The Vampyre of Time and Memory” (with Mark Ronson)

“A Song for the Dead”