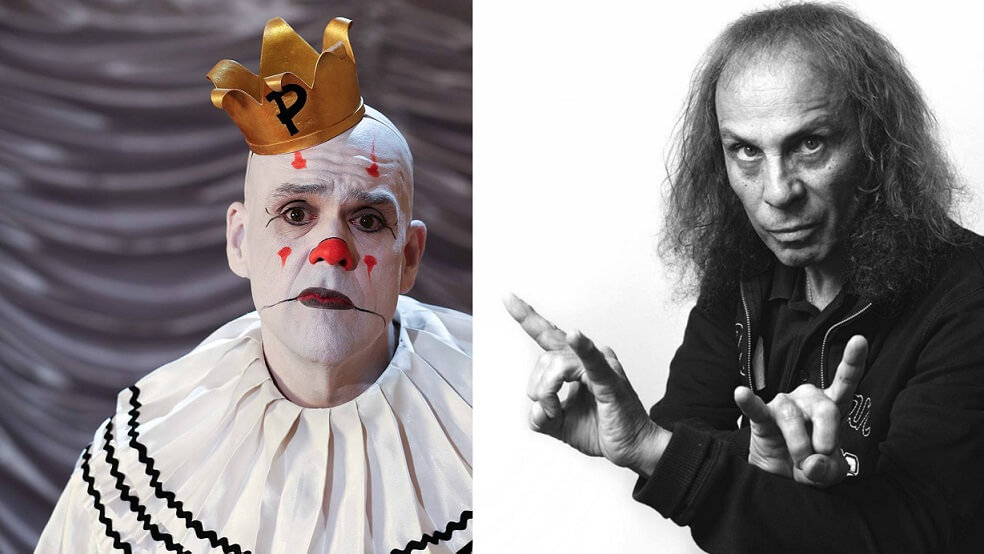 Mike Geier (born March 12, 1965), known as Big Mike Geier is a singer, entertainer, and leader of the band Kingsized, which is based in Atlanta, Georgia, U.S. Performing as the clown-costumed Puddles Pity Party, Geier is known for appearing in YouTube videos since 2013, including with Scott Bradlee’s Postmodern Jukebox.

And now, he released a cover of Ronnie James Dio’s “Rainbow In The Dark”.

“Rainbow in the Dark” was the second single released by heavy metal band Dio, taken from their 1983 album, Holy Diver. It was numbered 13 on VH1’s “Top 40 Greatest Metal Songs”.