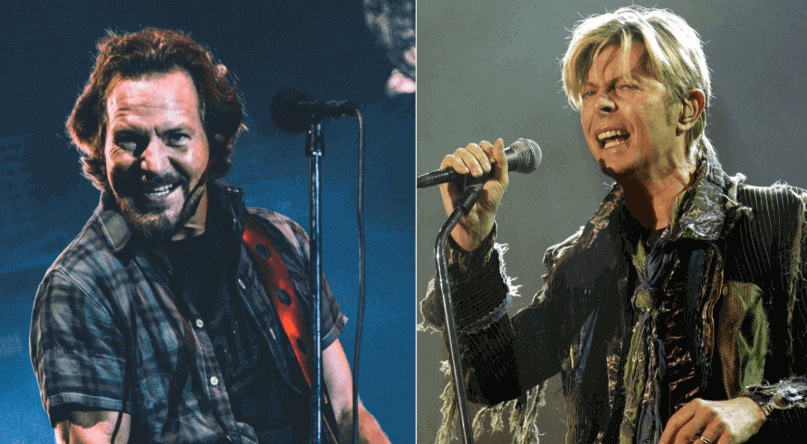 Pearl Jam is touring North America and went through Chicago, where they made a very special presentation. There, Eddie Vedder and company covered the classic “Rebel Rebel” from David Bowie’s Diamond Dogs (1974). Although it is common for the group to add re-readings to their setlist, this presentation marked the first appearance of this song.

Another moment that surprised the fans was the presence of former NBA star Dennis Rodman the show. The athlete took the stage to deliver a ukulele to Vedder who played “Sleeping By Myself” next.

“Rebel Rebel” was released in 1974 as a single from the album Diamond Dogs. Cited as his most-covered track, it has been described as being effectively Bowie’s farewell to the glam rock movement that he had helped pioneer, as well as being a proto-punk track.