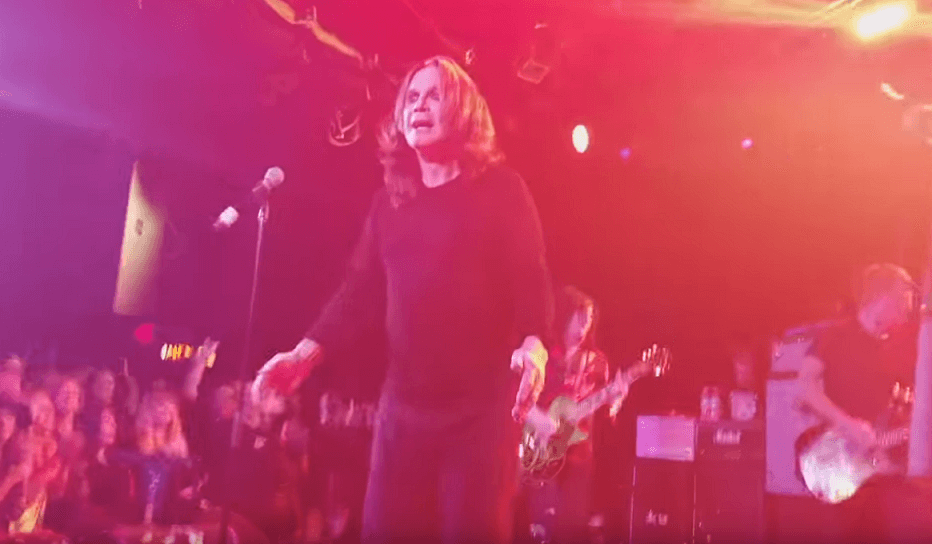 Last Saturday night Ozzy Osbourne performed some Black Sabbath classics as a guest on Royal Machine’s concert. The concert happened at The Roxy in West Hollywood and they played “I Don’t Know” and Sabbath’s “Paranoid” and “Iron Man”.

The super-group is formed by Dave Navarro (Jane’s Addiction, Red Hot Chili Peppers), Billy Morrison (The Cult), Donovan Leitch (son of folk singer Donovan) and Chris Chaney (Jane’s Addiction, Alanis Morrisette). Mark McGrath (Sugar Ray) and Josh Freese (A Perfect Circle, Devo, The Vandals) eventually take part in the shows, which has as director musician Billy Morrison, a friend of Ozzy and had the participation of madman in his solo album of 2015, “God Shaped Hole”.

At the time, Billy recounted how it happened: “I’ve never asked Ozzy for anything, and maybe that’s why I’m his close friend, I see him all the time and we exchange messages every day, so I spent a few days without writing anything and he sent me a message asking ” Where the hell are you? ” I explained that I was working on a solo album, and then he wrote to me, ‘Well, I want to sing a song on your record.’ ‘I said it would be fantastic, but I did not think much of it. ”

Gene Simmons says he will prove his innocence in sexual harassment case
Sir George Martin: The story behind “The Fifth Beatle”
Advertisement
To Top