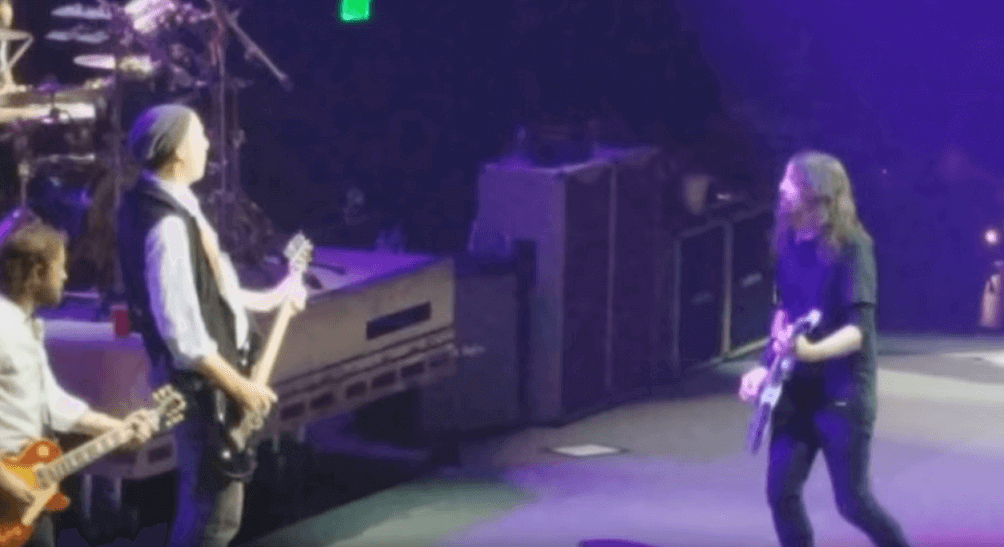 A mini-Nirvana reunion happened in Eugene, OR when Krist Novoselic joined Dave Grohl on stage to perform Foo Fighters’ “Big Me”.

Krist Anthony Novoselic often referred to as Chris Novoselic, was born May 16, 1965 and is American rock musician. He was the bass guitarist and founding member of the grunge band Nirvana. After Nirvana disbanded following the death of Kurt Cobain in 1994, Novoselic formed Sweet 75 in the same year and Eyes Adrift in 2002, releasing one album with each band.

From 2006 to 2009 he played in the punk band Flipper, and in 2011 contributed bass and accordion to the song “I Should Have Known”, on Foo Fighters’ studio album Wasting Light, along with playing bass guitar and accordion in Giants in the Trees since June 2016.

Apart from his musical endeavours, Novoselic has been active politically, including the creation of the political action committee JAMPAC (Joint Artists and Musicians Political Action Committee). From 2007 through 2010 he wrote a weekly column on music and politics for Seattle Weekly’s website. Since 2008 Novoselic has been board chair of the electoral reform organization FairVote.