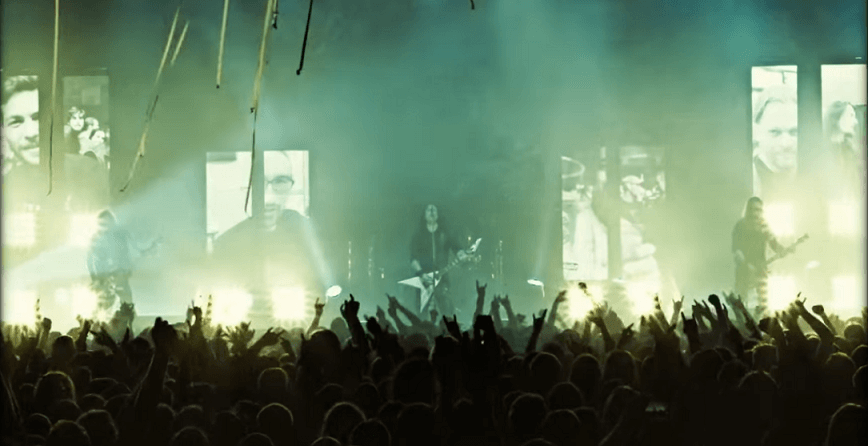 The German Thrash Metal band Kreator just released a new video for the track “Hail To The Hordes” taken from their last album Gods Of Violence.

Gods of Violence is the fourteenth studio album by Kreator, released on January 27, 2017. It is the band’s first studio album in almost five years since 2012’s Phantom Antichrist, marking the longest gap between two studio albums in their career.

A music video for the album’s title track was released on November 18, 2016. Special editions of the album were released with a bonus Blu-ray/DVD of Kreator’s performance at Wacken 2014.

Gods of Violence received positive reviews upon its release. Writing for All About the Rock, Fraser Wilson said: “With this record, Kreator have created a slab of truly eviscerating aural perfection. Thrash may have been born in San Francisco’s Bay Area, but it was perfected in Essen.”

It debuted at number one on the German charts, making it Kreator’s first number one debut in their 32-year recording career.