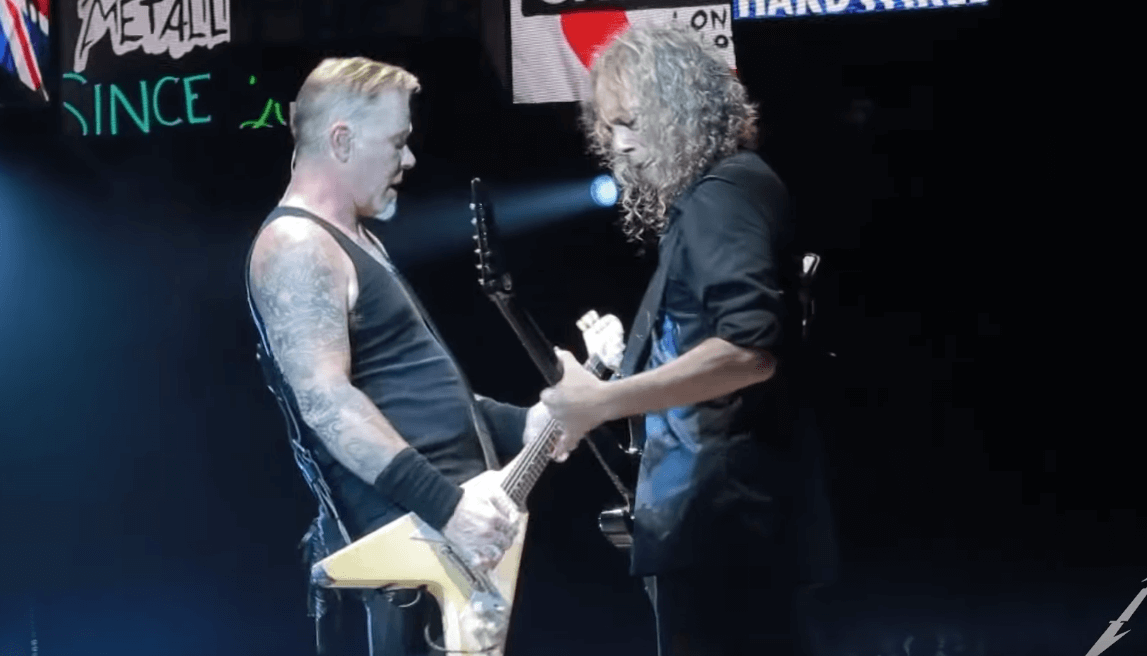 At the O2 Arena in London, England last October 24, Metallica played live for the first time “Spit Out The Bone”.

The song is from “Hardwired… to Self-Destruct”, the tenth studio album by Metallica, released as a double album on November 18, 2016.

Back In Time: Ozzy Osbourne vs. superfan trivia challenge on Kimmel
Watch Metallica playing Oasis’ “Don’t Look Back In Anger” in Manchester
Advertisement
To Top