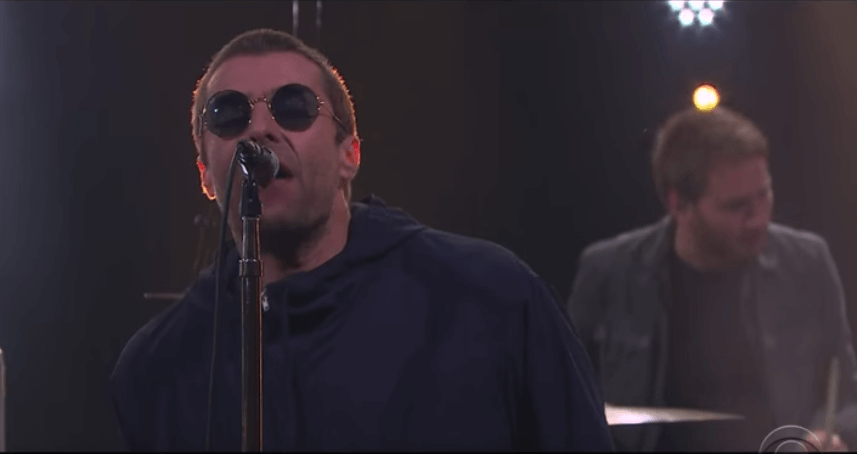 Liam Gallagher recently spent time with show host James Corden to play “I’ve All I Need”, a song on his recent solo album As You Were.

In a recent interview, the musician commented that the track was inspired by a meeting he had with Yoko Ono in New York. “She invited us and served a cup of tea, and she has that banner, a huge banner through the kitchen,” he commented.

“I asked, ‘What does it mean?’ And she says, ‘John [Lennon] asked me the same question when we went to Japan to meet my parents.’ It meant ‘While I was hibernating, I’ve been gathering my wings’.

This phrase appears in lyrics, along with references to George Harrison’s All Things Must Pass, as well as “Beatles’ hit” Tomorrow Never Knows.”