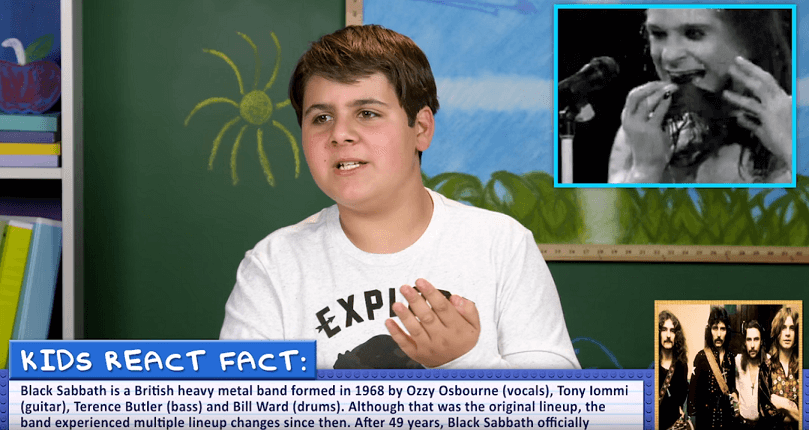 Oh, the reactions channel’s, they are all over Youtube now. This one made a new reaction video with kids hearing some Black Sabbath classics. Does kids like the band? Well, let’s find out.

They  are often cited as pioneers of heavy metal music. The band helped define the genre with releases such as Black Sabbath (1970), Paranoid (1970) and Master of Reality (1971). The band had multiple line-up changes, with Iommi being the only constant member throughout its history.

Formed in 1968 as the Polka Tulk Blues Band, a blues rock band, the group went through line up changes, renamed themselves as Earth, broke up and reformed. By 1969, they had named themselves Black Sabbath after the film Black Sabbath starring Boris Karloff, and began incorporating occult themes with horror-inspired lyrics and tuned-down guitars.

Though receiving a negative critical response, the album was a commercial success and reached number 8 in the UK Albums Chart, so the band returned to the studios to quickly record the follow up, Paranoid, which was also released in 1970. The band’s popularity grew, and by 1973’s Sabbath Bloody Sabbath, critics were starting to respond favourably.