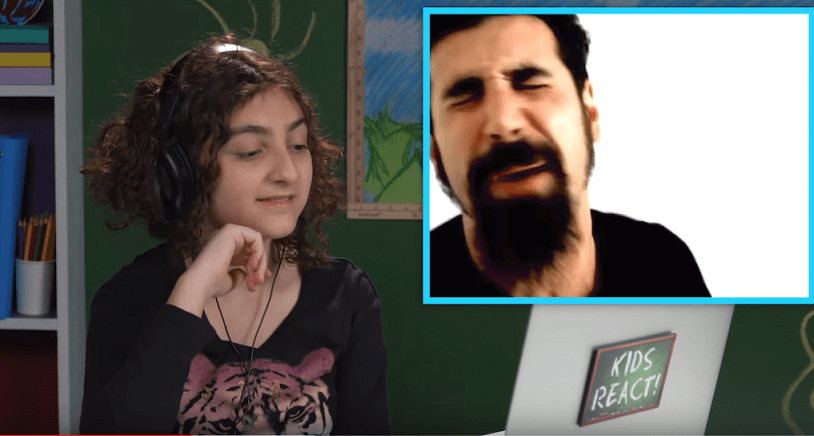 Kids React, from the FBE channel, struck again, this time with System Of A Down.

Known for putting kids to watch videos released in years when they were not even born, the guys decided to bring together youngsters of all ages to see some clips from the American band.

The children’s reactions are the most fun, with a kid opening the works saying that this band should be called “The Screaming Band,” and another girl asking “What the hell did you just show me?”

Between faces of amazement, children saying that parents “heard this band” and people saying they could not understand the lyrics, many young people say they liked what they saw there and seemed to be really enjoying the songs of System Of A Down.

Continue Reading
You may also like...
Related Topics:articles, Featured, hard rock, heavy metal, soad, system of a down