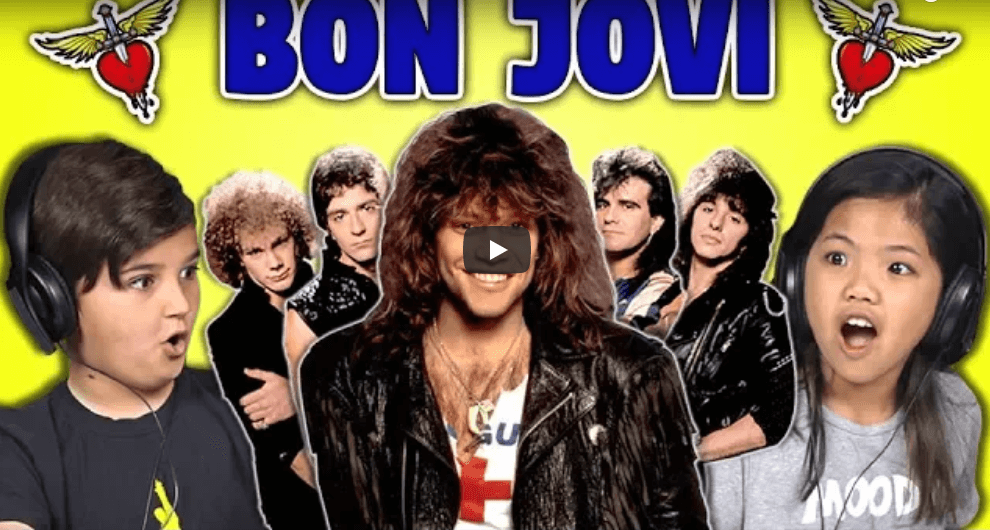 Reactions are now in fashion on Youtube and there are channel’s that post only those kind of videos. Sometime ago, they made one of kids reacting to Bon Jovi!

The band’s lineup has remained mostly static during its history, with the only exceptions being the 1994 dismissal of bass player Alec John Such, who was unofficially replaced by Hugh McDonald, and the departure of longtime guitarist and co-songwriter Richie Sambora in 2013. Phil X and McDonald both became official members in 2016.