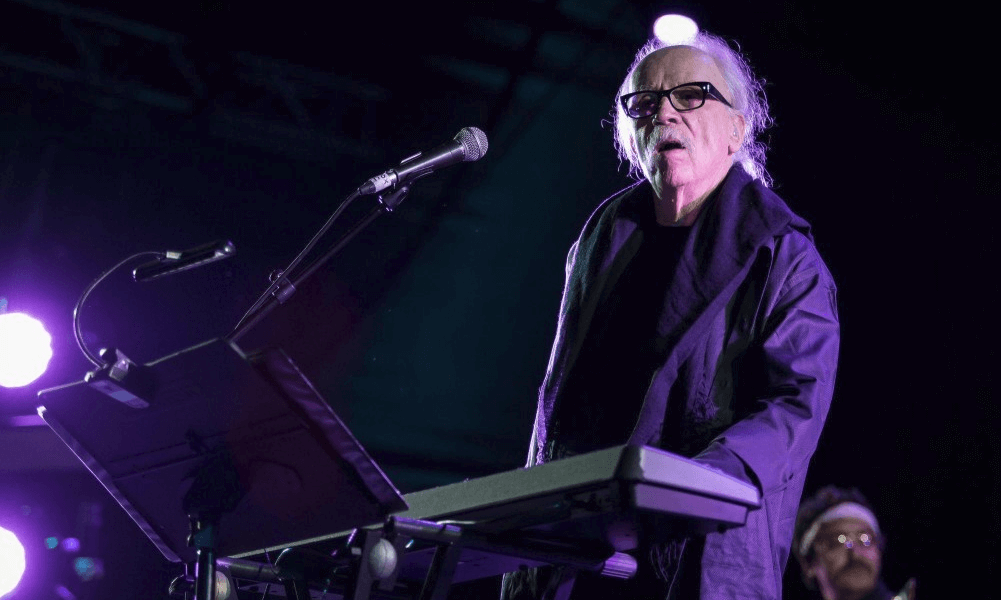 The legendary director John Carpenter performed on Halloween night at the Hollywood Palladium, where the filmmaker and composer played his “Halloween” theme from the 1978 horror classic that tells the story of the iconic serial killer Michael Myers.

On tour in support of his new album “Anthology: Movie Themes 1974-1998”, the director and his band, that has his son Cody Carpenter, delivered the Halloween theme as the backdrop projected scenes from the seminal slasher flick.

After embarking on his first ever tour in 2016, the 69-year-old director’s latest trek, which kicked off Sunday in Las Vegas, finds him focusing on the music he composed for films he helmed like Assault on Precinct 13, They Live, Escape From New York, Big Trouble in Little China and more.

Each theme is accompanied by footage from the respective film. The shows have also featured selections from Carpenter’s recent LPs Lost Themes and Lost Themes II.

Carpenter also appeared on CBS Sunday Morning this past weekend to discuss his new tour as well as the upcoming “official sequel” to Halloween.