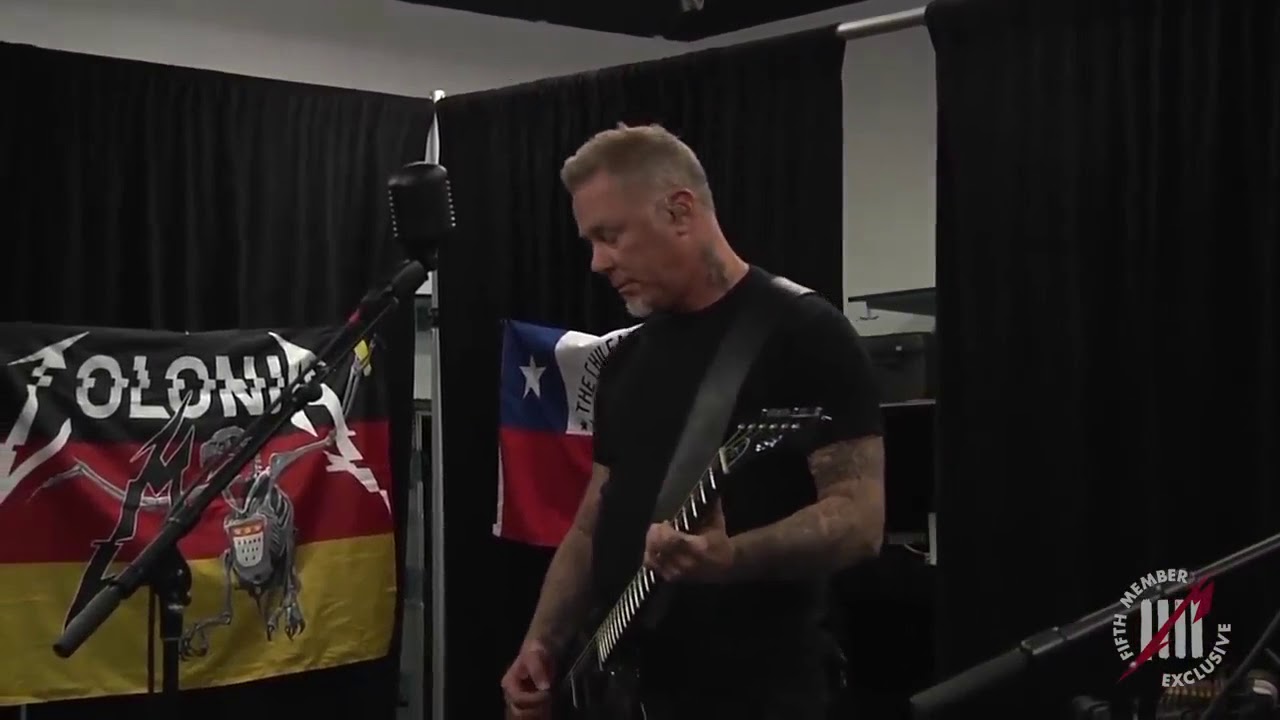 The Metallica rehearsal scene can be seen in the video below and shows Hetfield playing the intro and riff of the song.

Cirice” (Old English: “Church”) is a song by the Swedish heavy metal band Ghost. The track was released as the lead single from the group’s third studio album Meliora. The song peaked at #4 on the Mainstream Rock Songs chart, and won the Grammy Award for Best Metal Performance in 2016.