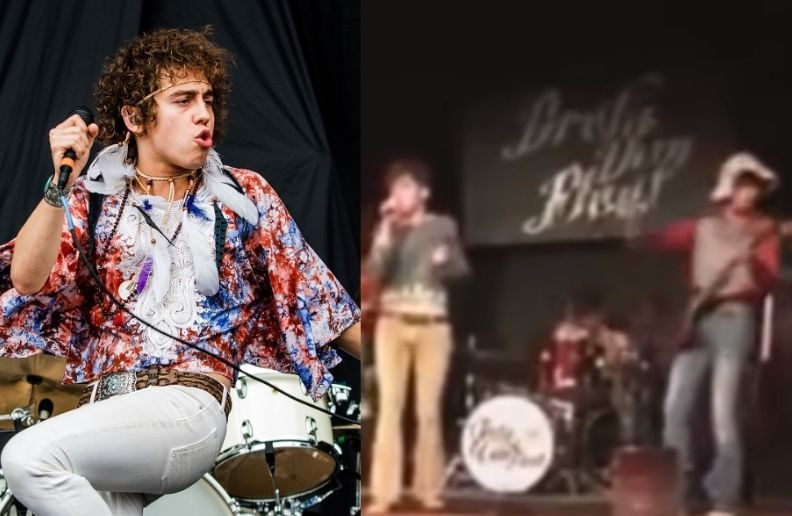 The rock and roll sensation Greta Van Fleet is often compared with the legendary Led Zeppelin, due to their sound style and the similarity between the vocalist voice with Robert Plant’s voice.  Well, an old video of the band from 2015 appeared on the internet and shows them performing a cover version of Zeppelin’s classic “Immigrant Song”.

Greta Van Fleet are an American rock band from Frankenmuth, Michigan, formed in 2012. It consists of vocalist Josh Kiszka, guitarist Jake Kiszka, bassist Sam Kiszka, and drummer Danny Wagner. They were signed to Lava Records in March 2017 and a month later the band released their debut studio EP, Black Smoke Rising. Their debut single, “Highway Tune”, topped the Billboard US Mainstream Rock and Active Rock charts in September 2017 for four weeks in a row.