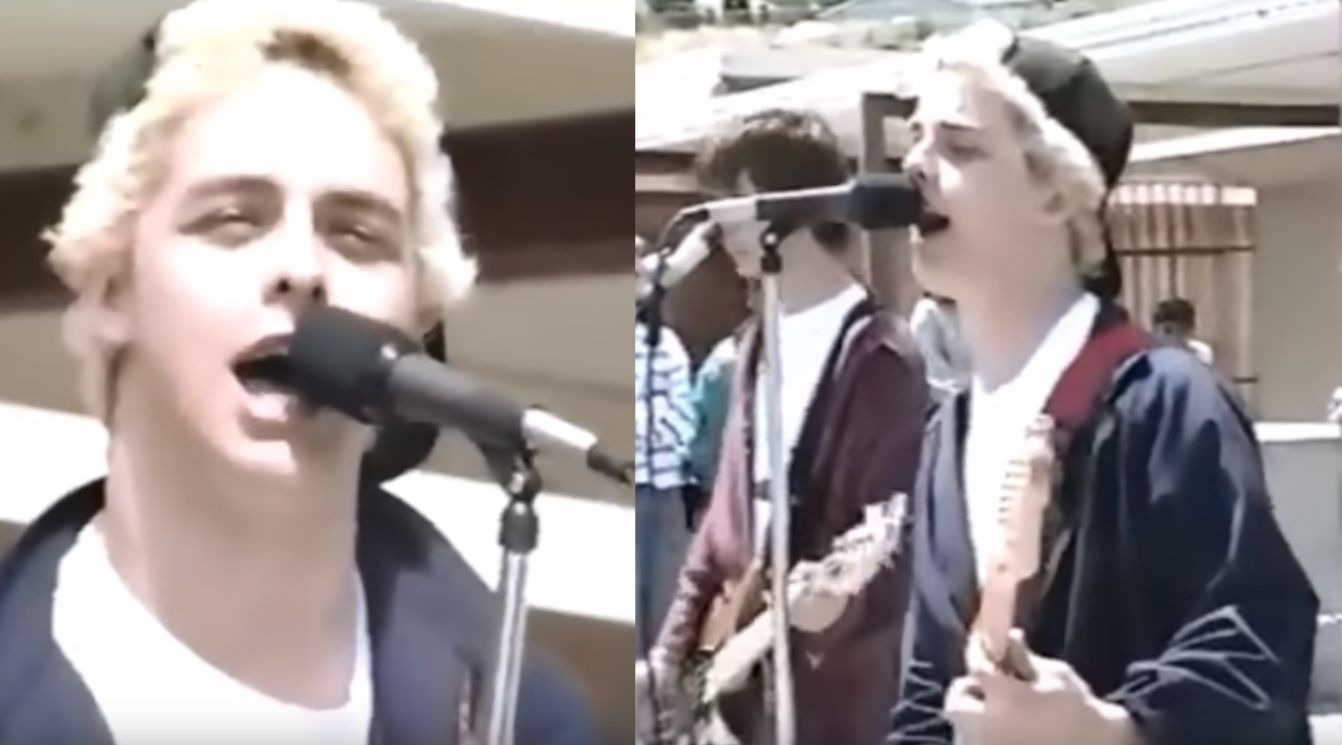 Today Green Day is a very successful rock band, but of course this has not always been the case. Especially if we are talking about almost 30 years ago!

The band celebrated on the social networks the 29th anniversary of a performance they made in 1990 at Pinole Valley High School. This was the school in which the members studied and, consequently, ended up seeing several concerts of the group’s early career.

29 years ago, playing in our school! Almost everyone except our friends ignored us, but playing to friends was the best [thing], and it always will be!

Billie Joe Armstrong also celebrated the date by saying, “we used to play ‘Dry Ice’ at the end of all sets … high school was brutal with me … and Mike shows it in the end!” The singer also shared a photo of a school closet that was on the show, and that he keeps until today.

PVHS 1990 . We use to play dry ice at the end of every set.. high school was brutal for me.. and mike shows it at the end! The next page is an old locker from that “show”.. also the girls behind us have some serious “mall bangs”

At the time of recording, Green Day’s drummer was still John Kiffmeyer – Tré Cool would join the band months later.

See the setlist and complete video below: