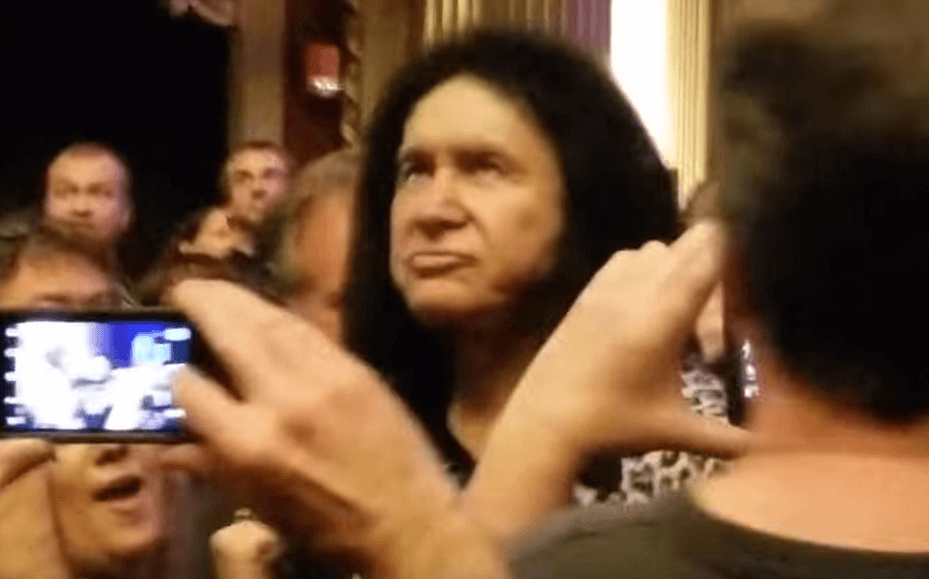 Gene Simmons left the stage to silence a heckler during a solo performance in Providence, R.I., recently.

Simmons, who was in town to attend the Rhode Island Comic Con, was set to receive a key to the city during an intermission at his show at Veterans Memorial Auditorium on Nov. 12. But an audience member — identified as Josh Martin by Vanyaland — relentlessly interrupted the presentation from East Providence city councilman Brian Faria.

“Is this a f***ing joke?” Martin can be heard yelling in the above video. Later, he said “Shut up and play your guitar,” “I didn’t pay to see a politician” and – in reference to Kiss’ former original guitarist – “Ace [Frehley] is better than this!”

Finally, Simmons seemed to have had enough. He interrupted Faria to ask for help in identifying the heckler. “Put the lights on,” Simmons said. “I wanna see where this jackass is.” He then handed his bass guitar to the city councilman, and began roaming the crowd.

Simmons then returned to the stage, where he took up his bass to continue the show, presumably undisturbed.