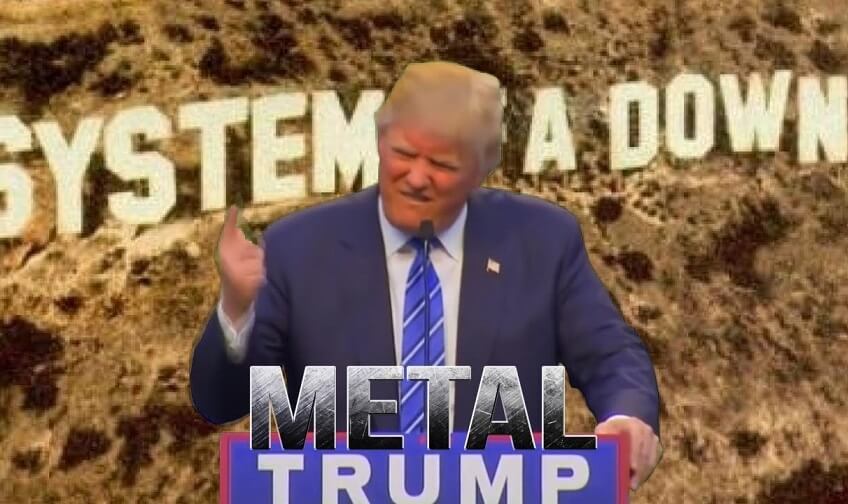 The Youtube channel Lars Von Retriever made a funny video that takes pieces of Donald Trump’s speeches and put them together as he was singing the classic System Of a Down song “Chop Suey!l”.

“Chop Suey!”  is the first single from Armenian-American heavy metal band System of a Down’s second album Toxicity. The single was released in August 2001 and earned the band its first Grammy nomination in 2002 for Best Metal Performance. Loudwire included the song in its list of The Best Hard Rock Songs Of The 21st Century, where it was ranked at number-one. “Chop Suey!” is often seen as the band’s signature song.

In an interview, Daron Malakian explained, “The song is about how we are regarded differently depending on how we pass. Everyone deserves to die. Like, if I were now to die from drug abuse, they might say I deserved it because I abused dangerous drugs. Hence the line, ‘I cry when angels deserve to die’. The lyric passages ‘Father, into your hands I commend my spirit’ and ‘why have you forsaken me?’ are a reference to Jesus’ death on the cross, as, according to the Gospels, it was one of the seven things Jesus said while dying.”

Continue Reading
You may also like...
Related Topics:articles, donald trump, Featured, hard rock, heavy metal, news, system of a down