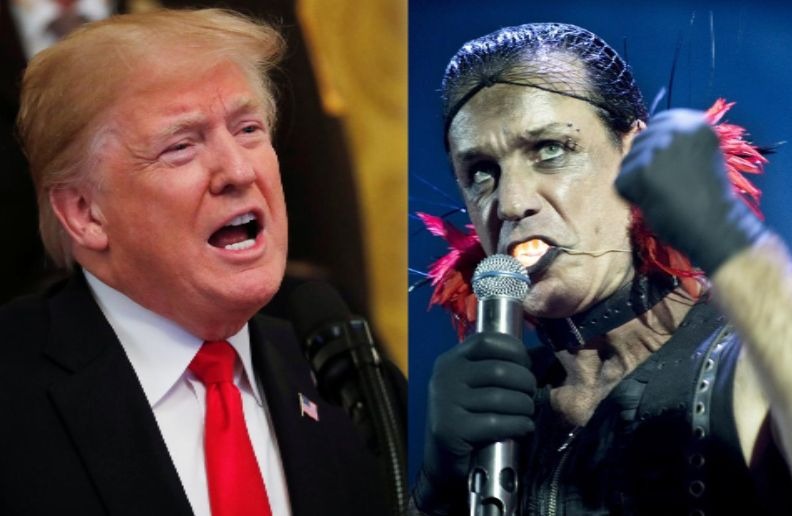 The Youtube channel Lars Von Retriever made a funny video that takes pieces of Donald Trump’s speeches and put them together as he was singing the classic Rammstein song “Du Hast”.

“Du hast” (German: You Have) is a song by German industrial metal band Rammstein. It was released as the second single from their second album Sehnsucht (1997). It has appeared on numerous soundtracks for films, most notably The Matrix: Music from the Motion Picture, How High, and the home video CKY2K. It is featured in the music video games Guitar Hero 5 and Rock Band 3. The song’s title is a play on the homophones du hasst (“you hate”) and du hast (“you have”).

There are two versions of the song: the original version completely in German, and a second version partially in English (found on special editions of the Sehnsucht album). In the second version, the first chorus and the verses are in English and the last chorus is in German. The English lyrics are not a direct translation of the German; the original lyrics take advantage of a pair of German homophones: when conjugated in the second person singular form (i.e. “you”), the verbs haben (to have) and hassen (to hate) become respectively du hast and du hasst, which sound identical.