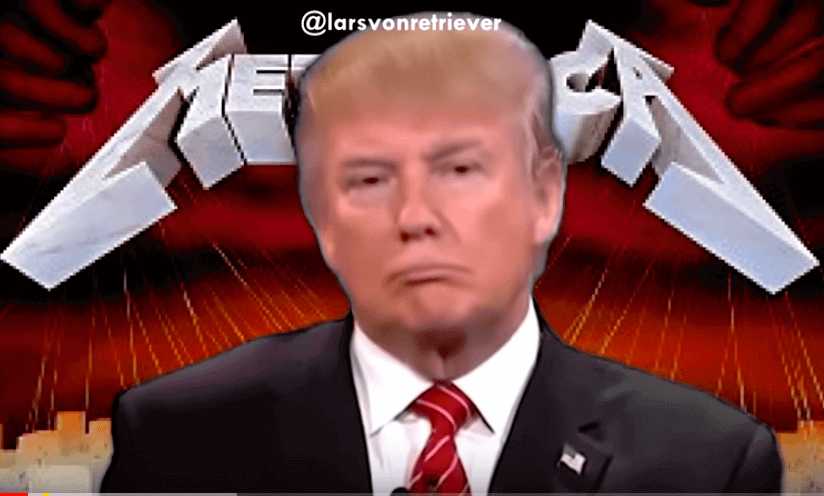 The Youtube channel Lars Von Retriever made a funny video that takes pieces of Donald Trump’s speeches and put them together as he was singing the classic Metallica song “Master Of Puppets”.

“Master of Puppets” is a song by American heavy metal band Metallica, released in France only on July 2, 1986 as the only single from the band’s 1986 studio album of the same name. It was also issued as a promo single in the US by Elektra Records.

The song was recorded during October–December 1985 at Sweet Silence Studios in Copenhagen, Denmark.

It is the second and title track of the album, preceded by a shorter, high-speed typical thrash metal track, “Battery”, a similar sequencing heard on Metallica’s second (Ride the Lightning) and fourth (…And Justice for All) albums. “Master of Puppets” is also notable for its extensive use of downpicking and long instrumental section, beginning at 3:34.

The song, as lead singer James Hetfield explained, “deals pretty much with drugs. How things get switched around, instead of you controlling what you’re taking and doing, it’s drugs controlling you.” The song was bassist Cliff Burton’s favorite song on the album, as quoted when the album was released. The song is one of the band’s most famous and popular songs, frequently played at concerts.