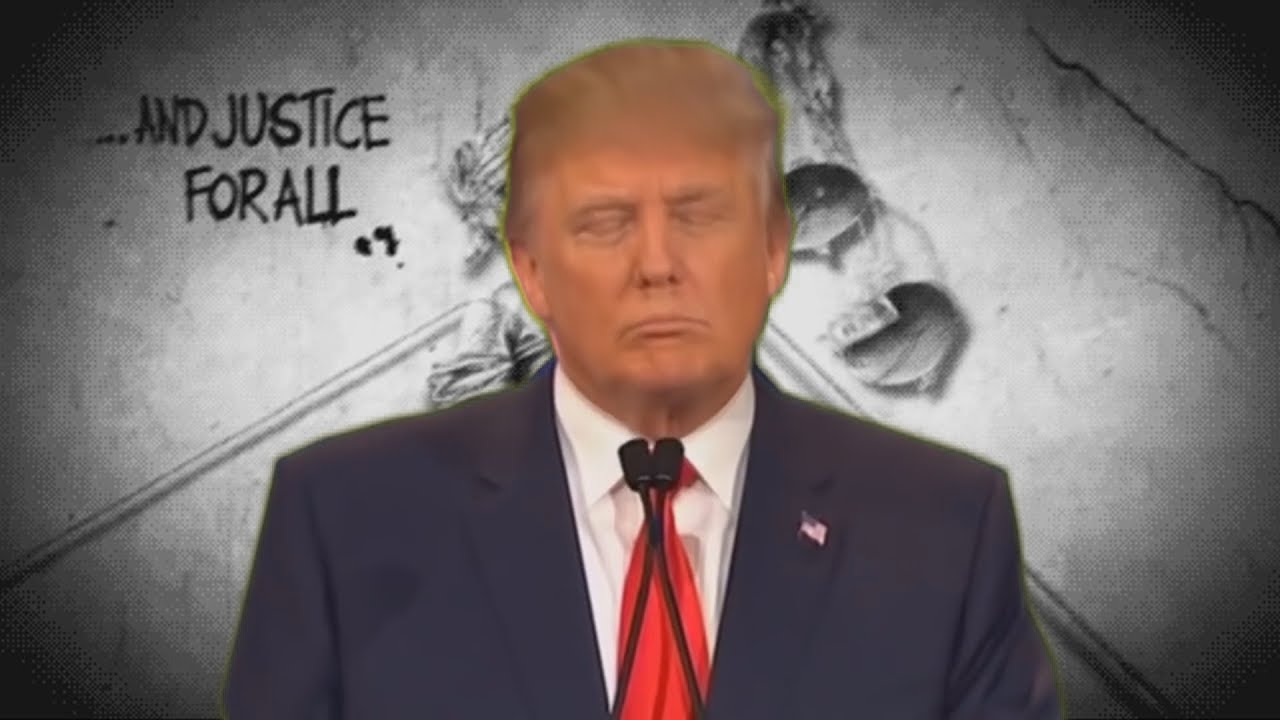 The Youtube channel Lars Von Retriever made a funny video that takes pieces of Donald Trump’s speeches and put them together as he was singing the classic Metallica song “And Justice For All”.

…And Justice for All on the the album of the same name released by Metallica on August 25, 1988, through Elektra Records. It was the first Metallica studio album to feature bassist Jason Newsted after the death of Cliff Burton in 1986.

…And Justice for All was recorded in early 1988 at One on One Recording Studios in Los Angeles. It features long and complex songs, fast tempos, and few verse-chorus structures. It is infamous for its sterile production, which producer Flemming Rasmussen attributed to his absence during the mixing process.

The lyrics feature themes of political and legal injustice seen through the prisms of censorship, war, and nuclear brinkmanship. The cover, designed by Stephen Gorman based on a concept by Metallica guitarist James Hetfield and drummer Lars Ulrich, depicts Lady Justice bound in ropes. The album title is derived from the American Pledge of Allegiance. Three songs from the album were released as singles: “Harvester of Sorrow”, “Eye of the Beholder” and “One”; the title track was released as a promotional single.

…And Justice for All was acclaimed by music critics. It was included in The Village Voice’s annual Pazz & Jop critics’ poll of the year’s best albums, and the single “One”, which also marked the band’s first music video, earned Metallica its first Grammy Award (and the first ever in the Best Metal Performance category) in 1990.