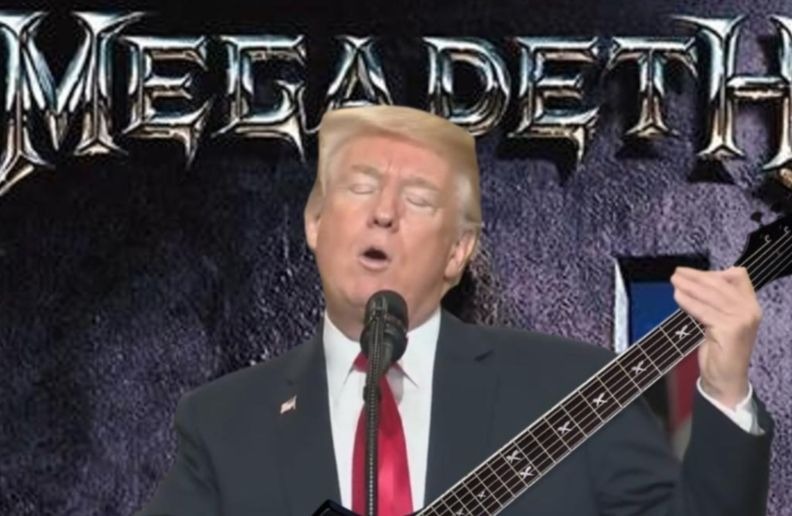 The Youtube channel Lars Von Retriever made a funny video that takes pieces of Donald Trump’s speeches and put them together as he was singing the classic Megadeth “Symphony Of The Destruction”.

“Symphony of Destruction” is a song by Megadeth, released as a single from their 1992 album, Countdown to Extinction. The lyrics explore the hypothetical situation where an average citizen is placed in a position where he runs the country while the public is led by a phantom government. Penned by vocalist and frontman Dave Mustaine, the song received significant radio play and charted in various territories, making it one of Megadeth’s best known songs.]