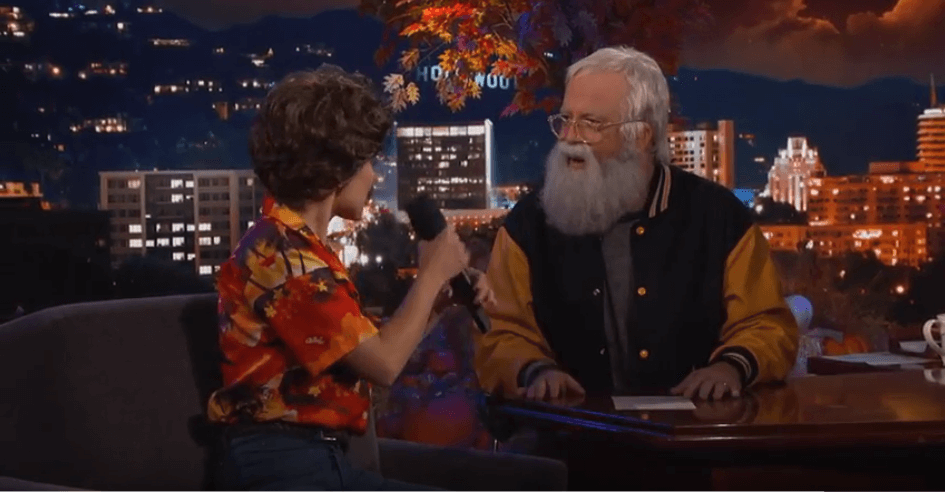 Dave Grohl was with Jimmy Kimmel last night in the Halloween episode. He was also responsible for  interview celebrity guests and making music in costume.

As you can watach below, Grohl’s big interview for the evening was actor Kristen Bell, who’s currently making the publicity rounds for her new movie A Bad Moms Christmas. But who, as Grohl excitedly pointed out, will always be Elsa from Frozen to millions of kids who loved the animated Disney hit.

After that, there was only one thing left to do: perform a mashup of the Frozen soundtrack anthem “Do You Want to Build a Snowman” and the Metallica classic “Enter Sandman,” with Grohl, still rocking a big fake beard, behind the drum kit and a mustachioed Bell taking the mic.

Foo Fighters are promoting “Concrete and Gold” their ninth studio album that was produced by Greg Kurstin and released worldwide on September 15, 2017, through RCA Records. 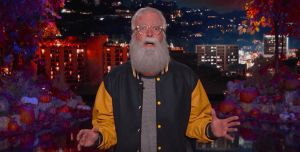 Described by the band as an album where “hard rock extremes and pop sensibilities collide”, Concrete and Gold concerns the future of the United States from the viewpoint of the band’s frontman and lead songwriter Dave Grohl, with the heated atmosphere of the 2016 elections and the presidency of Donald Trump cited as major influences by Grohl.