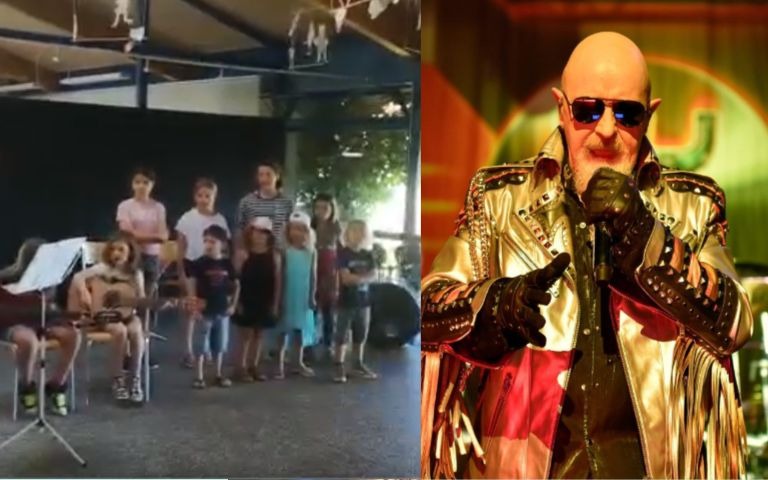 A video posted on YouTube shows a children’s choir in the town of Villigen, Switzerland, singing two songs from giant heavy metal bands. They are: “Leather Rebel” by Judas Priest, and “Holy Diver” by Dio.

The children’s teacher is Seraina Telli, a former lead singer of Burning Witches. The singer left the band last month and was replaced by Laura Guldemond.

Seraina left the Burning Witches claiming “personal reasons” and declaring that she would dedicate herself to her other band, Dead Venus. Apparently, she’s also committed to giving music lessons to children.

“Leather Rebel” is a song from Painkiller, the twelfth studio album by Judas Priest, released in September 1990. It is the last Judas Priest album to feature lead singer Rob Halford until his return for the 2005 album Angel of Retribution and the first to feature drummer Scott Travis.

And “Holy Diver” is from the debut Dio album, released in 1983. Vocalist Ronnie James Dio had just finished his first tenure in Black Sabbath, whose drummer Vinny Appice he took with him to put together his own band.

The roster was completed by his former band mate in Rainbow Jimmy Bain on bass and by the young guitarist Vivian Campbell, coming from the NWOBHM band Sweet Savage. The album was acclaimed by the music press and is the most successful of the band.