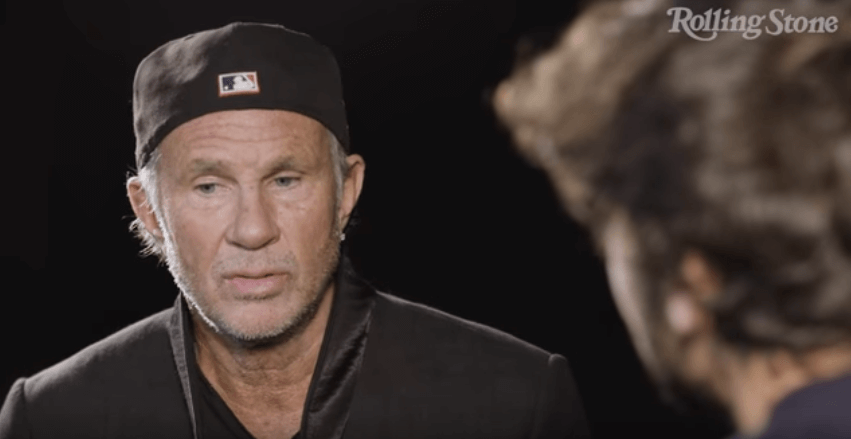 Chad Smith is the responsible to host the PBS show “Landmarks Live In Concert” and he had the opportunity to go all over the world: from Harlem’s Apollo Theater, which hosted a show by Alicia Keys, to Florence, Italy’s Palazzo Vecchio, site of an orchestral performance by Andrea Bocelli.

The latest episode of the series is the hardest-rocking installment to date, featuring an explosive, often emotional Foo Fighters gig at Athens’ 1,800-year-old Odeon of Herodes Atticus, located at the Acropolis. Interspersed with footage from the show, the Foos’ first-ever concert in Greece, we see footage of Smith and the band touring Grecian landmarks, exploring Athens and swapping tales from the road.

“No other major rock band has ever played there,” Smith enthuses of the Landmarks Live performance. “The Foo Fighters, I’ve known them for so long, I love them, and I thought they’d be a great band to come in there – you know, like the hammer of the gods – plus they’ve never played in Greece. … So yeah, it just all made sense.”

The uniqueness of the opportunity clearly wasn’t lost on the band. “We’ve done some crazy things over the last 20 years, but I think this might be the craziest thing the Foo Fighters have ever done,” Dave Grohl says as he takes the stage solo at the outset of the show. And even though Smith wasn’t performing, he was still struck by the grandeur of the setting.

“You’re looking out, it might look like a regular concert, but then you see the Parthenon lit up in the background. Its just like, ‘Oh, yeah, we’re not at, you know, the Fonda Theater in Hollywood.'”