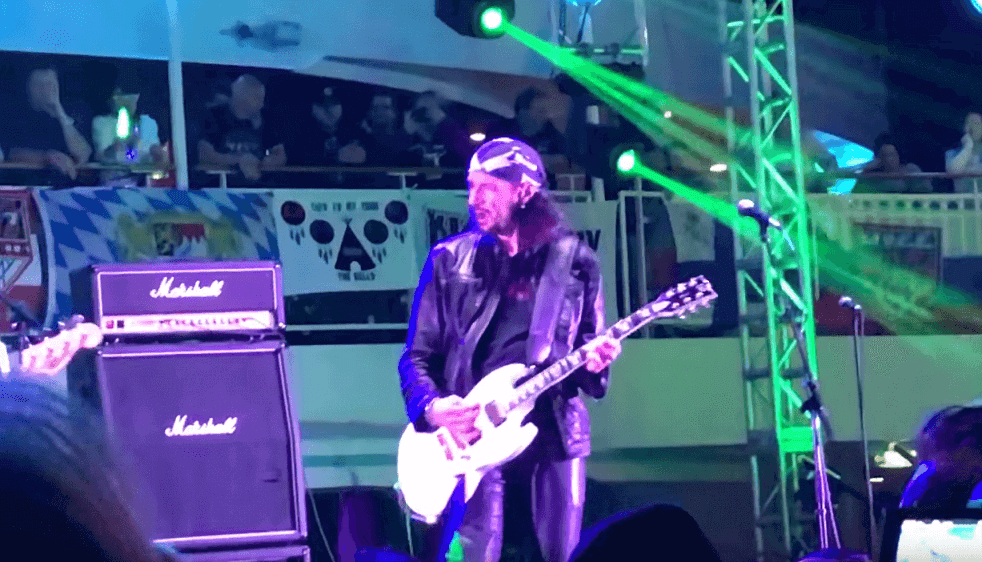 Kiss fans from all over the world are now on a big cruise watching interesting concerts everyday from November 5 to 10 on the VII Kiss Kruise. On the line-up there are bands like Kiss it self, Steel Panther, Extreme, Derek St. Holmes, and Bruce/Bob Kulick that you can watch below performing Kiss’ classic “Turn On The Night” and more.

The Kulick brothers on Kiss

Kulick joined the rock band Kiss in September 1984 as the lead guitarist, replacing Mark St. John, who left the band after being diagnosed with Reiter’s Syndrome. Kulick never wore onstage makeup, since the band had stopped wearing it in 1983. Kulick and St. John are the only two members of Kiss never to have worn makeup in the band. He stayed with Kiss until August 1996. 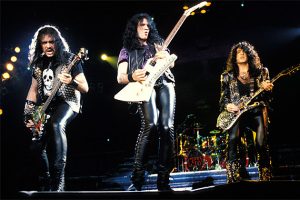 Kulick played on five Kiss studio albums: Asylum (1985), Crazy Nights (1987), Hot in the Shade (1989), Revenge (1992) and Carnival of Souls: The Final Sessions (1997); he also appeared on Alive III and KISS Unplugged. The song “I Walk Alone”, from Carnival of Souls: The Final Sessions, is the only Kiss track to feature Kulick as lead vocalist. To this day, Kulick is featured on more than 20 Kiss releases.

When the original members of the band regrouped, starting in 1995 with the MTV Unplugged special that carried over into re-adopting their make-up and costuming for the Alive/Worldwide Tour in 1996, Kulick and Eric Singer were paid weekly during the tour; while “sidelined” from Kiss, both were allowed to do other projects so long as Simmons and Stanley okayed them. Kulick officially left Kiss in December 1996.

Kulick was with the band longer than any member aside from the original foursome and drummer Eric Singer. (Singer has done three discontinuous stints with the band, each much shorter than Kulick’s.) 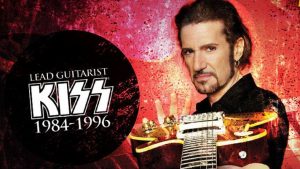 When Ace Frehley again left Kiss (in 2002, after the Kiss Farewell Tour), Kulick was not asked to rejoin, as Simmons and Stanley thought that Tommy Thayer (former Black ‘n Blue guitarist and Kiss tour manager) could capture/copy Frehley’s persona better than Kulick; however, Kulick continued to work with Kiss after his departure, contributing uncredited guitar work to the albums You Wanted the Best, You Got the Best!! and Psycho Circus

Kulick’s brother Bob Kulick also played with Kiss as a session guitarist, and in addition appeared on Paul Stanley’s 1978 solo album. Bob Kulick was also a member of Stanley’s touring band for his 1989 club tour.