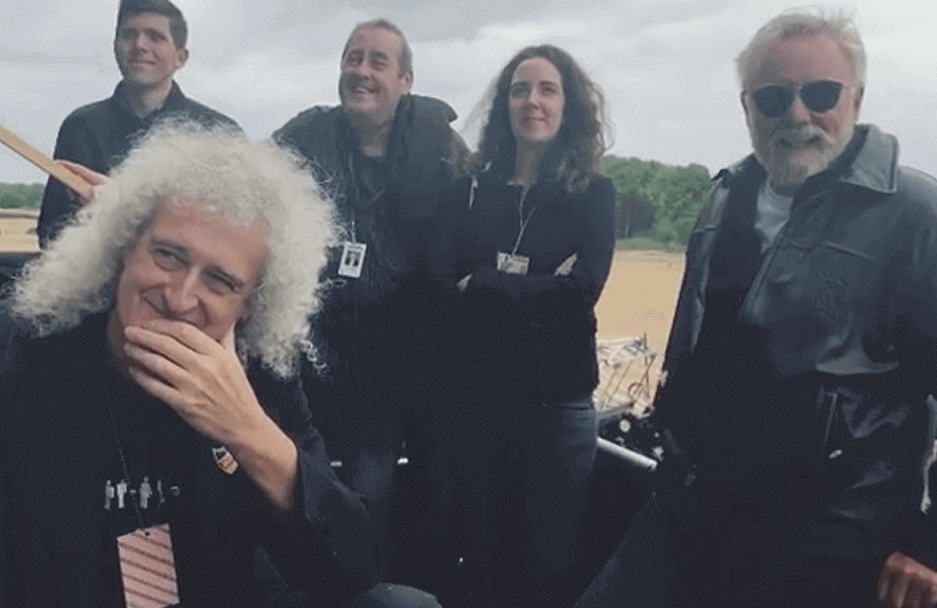 A video filmed during the production of “Bohemian Rhapsody” Queen’s biopic and released by the first director of the movie Bryan Singer (he was fired) shows a brief reaction from guitarist Brian May and drummer Roger Taylor to one of the rehearsals. On the occasion, the cast passed on the scene in which the Live Aid show of 1985 is played in its entirety.

Although brief, the footage shows Brian May and Roger Taylor’s expressions of happiness – especially May, who watches closely the actors. It is also possible to check the delivery of the cast on stage.

Brian May revealed how he felt when he watched the movie

“Joy and horror and sadness and all those big emotions. I’ve seen it hundreds of times now, in fragments and eventually coming together, and it still gets me. It’s very emotional. It’s all about Freddie. Yes, we are in there, but the story is about Freddie and that was always the aim.

“Obviously Freddie is so precious to us. One of the great breakthroughs early on was screenwriter Peter Morgan saying, ‘This is a film about family.’ It’s about all the stuff that happens in a family – some good, some bad, the going away, the searching for independence and then the nurture of the family.”

“It’s a film about that stuff, on one level, and then it’s about Freddie’s emerging talent, his amazing resilience and sense of humour.”