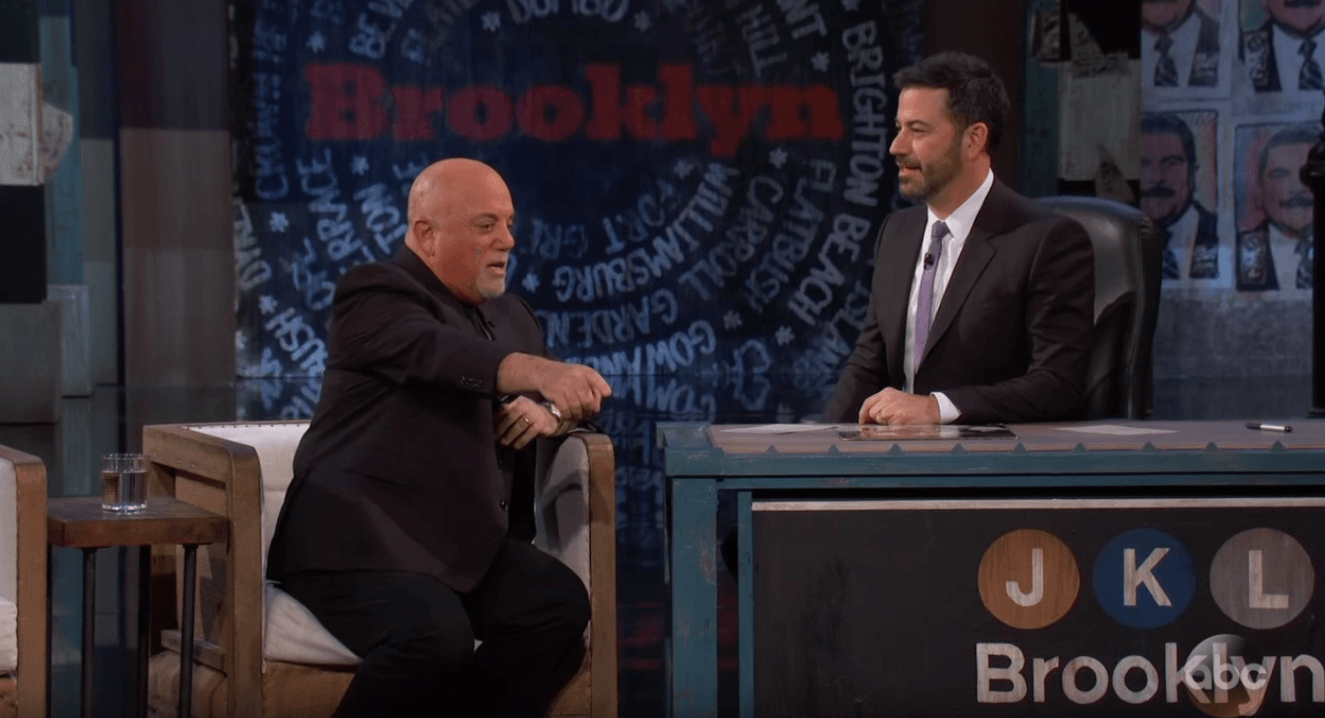 Billy Joel was on Jimmy Kimmel Live Thursday in Brooklyn and he singer made a funny  Bruce Springsteen impression, he also announced an extension to his Madison Square Garden residency and performed “Miami 2017 (Seen the Lights Go Out on Broadway)” during the episode.

The interview came the day after both Joel and Kimmel attended Springsteen’s Broadway show. When Kimmel heard Joel was in attendance, he assumed the “Piano Man” singer would be Springsteen’s surprise guest onstage.

Watch the interview and the performance below: