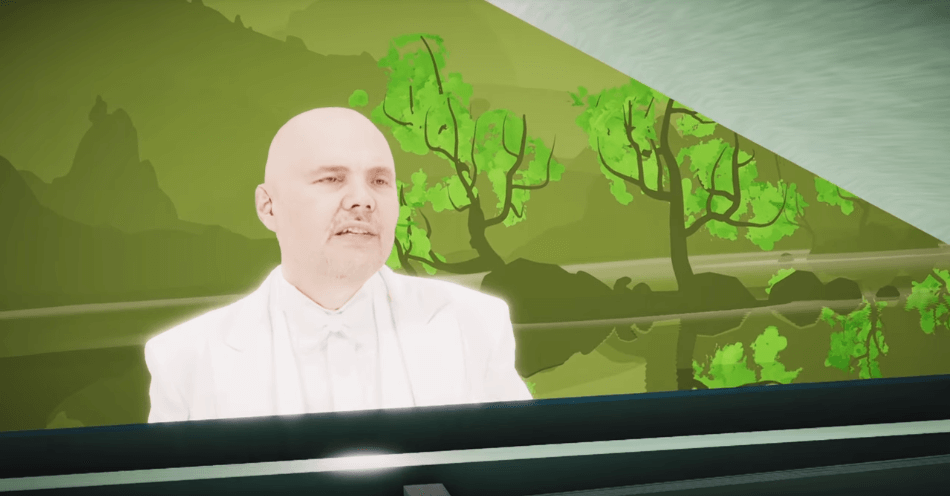 In the new Billy Corgan’s vídeo for the song “Aeronaut”, he goes through a journey in a psychedelic cosmos. The song is taken from his latest solo LP, Ogilala.

The VR experience will be available to the public in early 2018. It was designed for room scale systems – initially Microsoft Mixed Reality headsets – with added versions for other systems to follow.

“Aeronaut” highlights Ogilala, Corgan’s first solo LP in over a decade (and first as William Patrick Corgan). The singer recently launched a brief solo acoustic tour, which concludes with a four-night stint – November 9th through the 12th – at L.A.’s Masonic Lodge at Hollywood Forever Cemetery.

Gary Clark Jr. on “Come Together” Cover: “I Hope Paul and Ringo Dig It”
Justice League movie will pay tribute to David Bowie and Prince
To Top