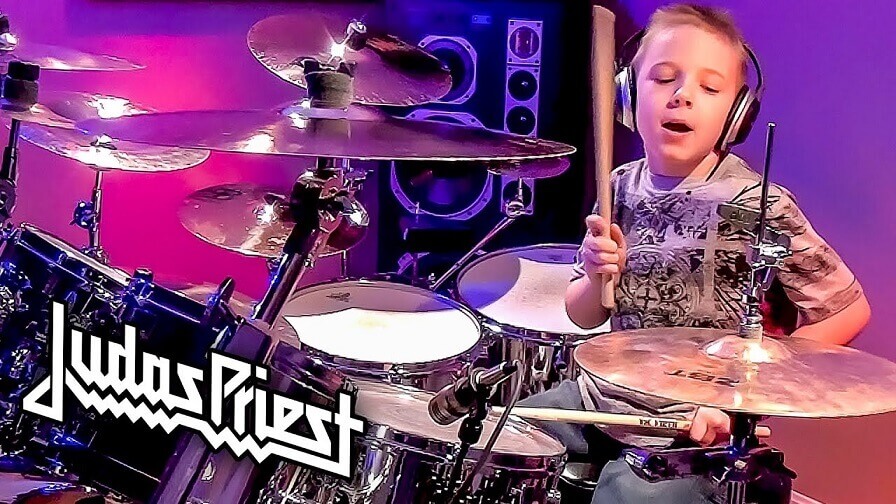 The future of rock n’ roll is not lost, folks. You will be surprised with Avery Molek performing Scott Travi’s drums on Judas Priest’s “Painkiller”.

“Painkiller” is the opening track on Judas Priest’s 1990 album, Painkiller, and was released as the first single off the album later that year.

The song is noted for Rob Halford’s high pitched vocal style and screams throughout the song as well as Scott Travis’ complex drumming. Tipton has also stated that the Painkiller solo is his favourite to play. It is also his first recorded solo to heavily feature the technique of sweep picking.

The song was nominated for the Grammy Award for Best Metal Performance during the 33rd Grammy Awards (1991), the second year the award was presented.

Back In Time: Slash and Aerosmith plays “Mama Kin”
Back In Time: David Bowie sing’s John Lennon’s “Imagine”
To Top