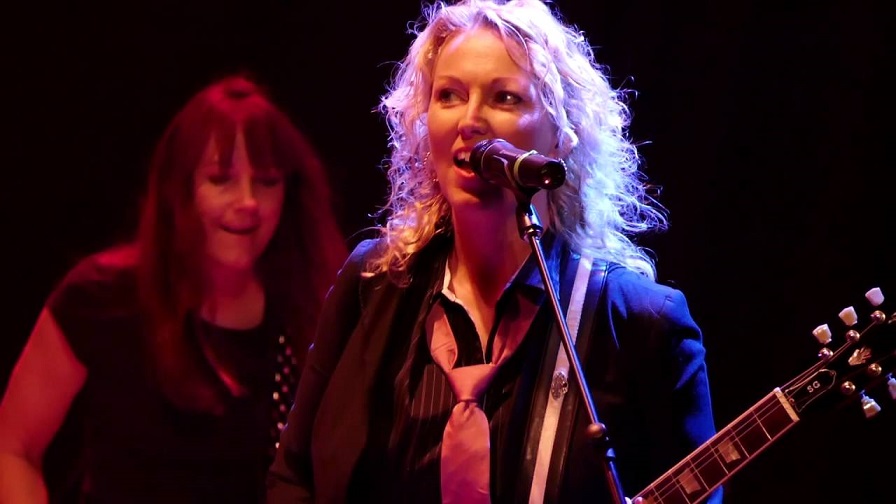 The All Girl AC/DC Tribute Band is a female tribute to AC/DC. The girls are professional musicians with impeccable skills, that you can check below. The girls decided on AC/DC in particular according to rhythm guitarist Wendy because “it’s a marriage of compelling music and creative story-telling. The guitar work is intricate yet not overplayed, while the rhythms are driving and dynamic. The silence is as important as the noise and the lyrics are relatable and captivating.

You just HAVE to sing along!…. or air-guitar…. or BOTH!” They decided to do a full tribute rather than a cover band according to lead guitarist Susan because “a tribute is much more challenging. You play many songs by the same artist and really reach inside that artist copying not only their playing style but also their signature stage moves.

It’s really quite an art and very rewarding when you make it all come together”. From classical to blues to metal and everything in between, singer Tara nails it all. She is a sultry and fiery singer and extends her passion to her live audiences everywhere. Guitarist Susan joins the band from the New York City scene. She’s played face melting solos at clubs like CBGBs and the Continental.

Rhythm guitarist Wendy joins the band from the original music scene. Wendy is an accomplished singer/guitarist/songwriter who has had songs in movies and on Lifetime TV. Her musical gifts even landed her face on The Tonight Show where Jay Leno described her as “a hottie”. Bassist Jai is a Riot grrrl hailing from the mean, cold streets of Buffalo, NY. She is the ex-guitar/frontwoman of original all-girl punk trio the Voodoo Dollies, who left a trail of broken hearts and tampons from Toronto, Ontario to Los Angeles, California.

The drummer lineup has been a little more dramatic. There were the ones who combusted spontaneously and those that choked on other people’s vomit. But these days, Amanda keeps it steady, parties cautiously, and avoids open flames.