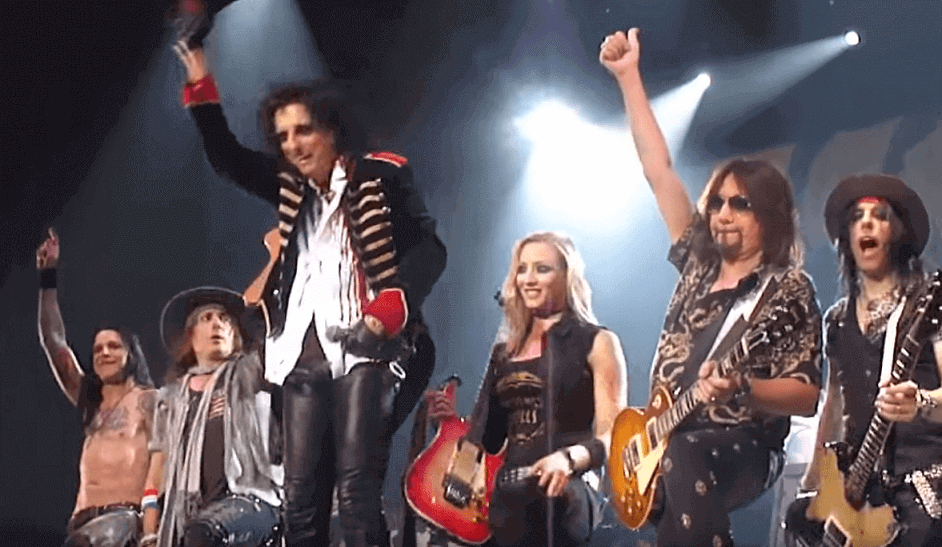 Ace Frehley joined Alice Cooper on stage for the last song on the final show of their Australian tour. Ex-Kiss guitarist and Cooper teamed up for an eight-minute-plus version of the classic “School’s Out” Wednesday night (October 25) in Brisbane, featuring multiple guitar solos from Frehley.

The Brisbane concert was part of “Spend The Night With Alice Cooper” world tour, which also marks the fortieth anniversary of his first ever concert tour of Australia back in ’77.

Ace talked about playing with Cooper:

“I have been friends with Alice since the ’70s, but I’ve never had the pleasure of touring with him. Our tour of Australia and New Zealand in October this year will be a major rock and roll event Down Under and leave all our fans with big smiles and wanting more! I can’t wait to hit the road.