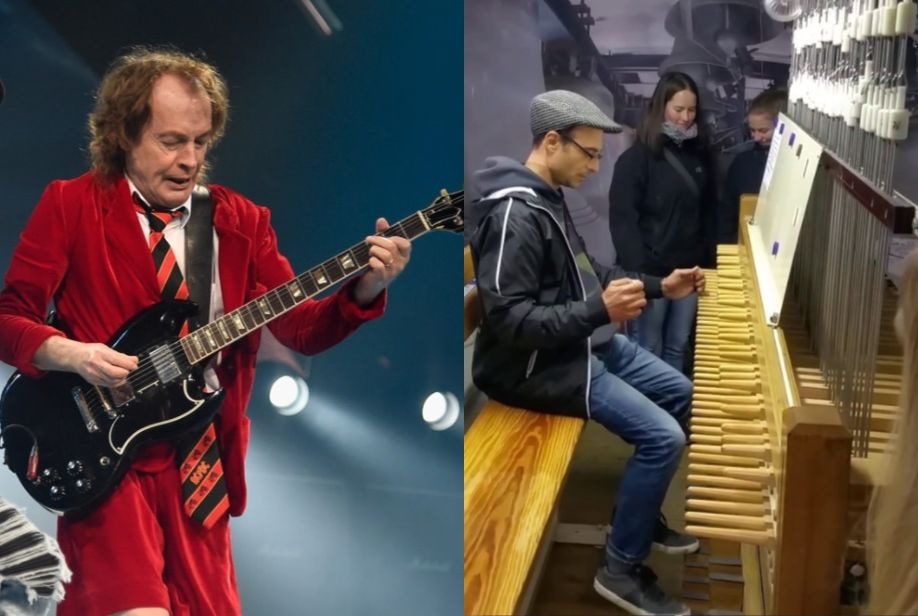 The following video shows AC/DC’s “Hells Bells” being played by David Drambyan in a carillon. As explained in wikipedia, “A carillon is a percussion musical instrument, it consists of a keyboard and a set of bells of varying sizes, controlled by the keyboard. The carillons are usually housed in church towers or convents and are one of the largest instruments of the world. ”

“Hells Bells” is the first track of Back in Black, the seventh studio album by Australian hard rock band AC/DC and their comeback album after the death of lead singer Bon Scott. “Hells Bells” is the second single from Back in Black, released on 31 October 1980. The song also appears on Who Made Who, AC/DC’s 1986 soundtrack to the Stephen King movie Maximum Overdrive and on both versions of 1992’s AC/DC Live.

The song begins with a bell slowly tolling four times, after which Angus Young starts playing the song’s main riff. Malcolm Young then joins in, followed by Phil Rudd on drums and Cliff Williams on bass. The bell tolls a total of 13 times during the song’s introduction.

A 2,000-pound (910 kg) cast bronze bell, made by John Taylor Bellfounders in Loughborough, Leicestershire, was used on the track. It is a replica of the Denison Bell in the Carillon Tower at the Loughborough War Museum. The band first attempted to record the actual Denison Bell, but that proved problematic due to disruptions by pigeons nesting in the tower. The AC/DC logo and the words “Hell’s Bell” are engraved on the replica.