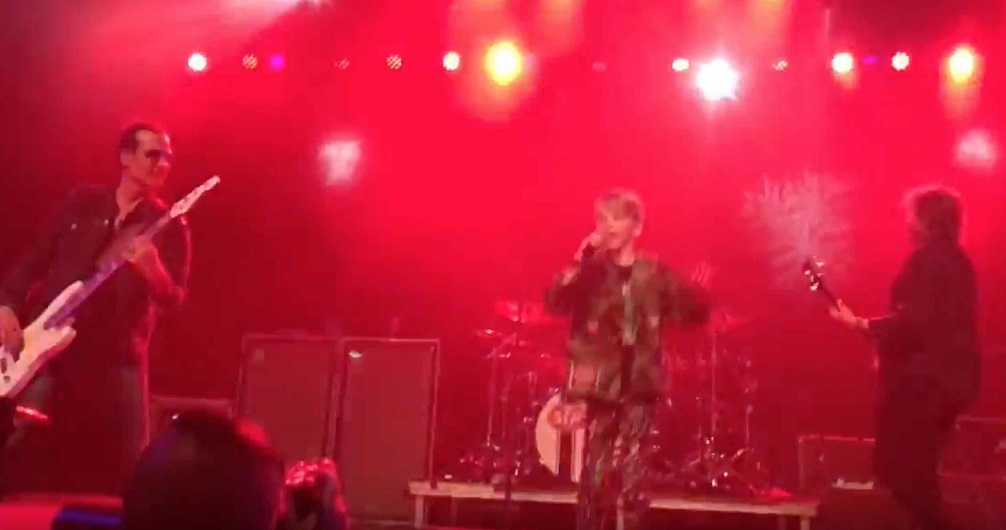 During a show on Saturday, 10, in the American city of Tempe, Arizona, Stone Temple Pilots called a nine-year-old boy on stage to sing “Dead and Bloated.”

“This is Vedder, and he’s going to sing with us. You have to help him with the beginning, “said vocalist Jeff Gutt.”He’s a great friend of mine. I grew up with his father, and they live in Arizona. There’s my old roommate,” he said, pointing to the audience.

The band kicked off their first US tour with Gutt on vocals in early March. He is the band’s third frontman. The original lead singer, Scott Weiland, left in 2013 and was replaced by Chester Bennington. Two years later, Weiland was found dead on the band’s bus.

Bennington followed the group for two years until they decided to devote themselves to Linkin Park. In July 2017, the musician died. Since then, Stone Temple Pilots was in search of a new vocalist.

The next self-titled album from Stone Temple Pilots arrives next Friday, 16. The latest track released was “Never Enough”, full of references from Classic Rock.