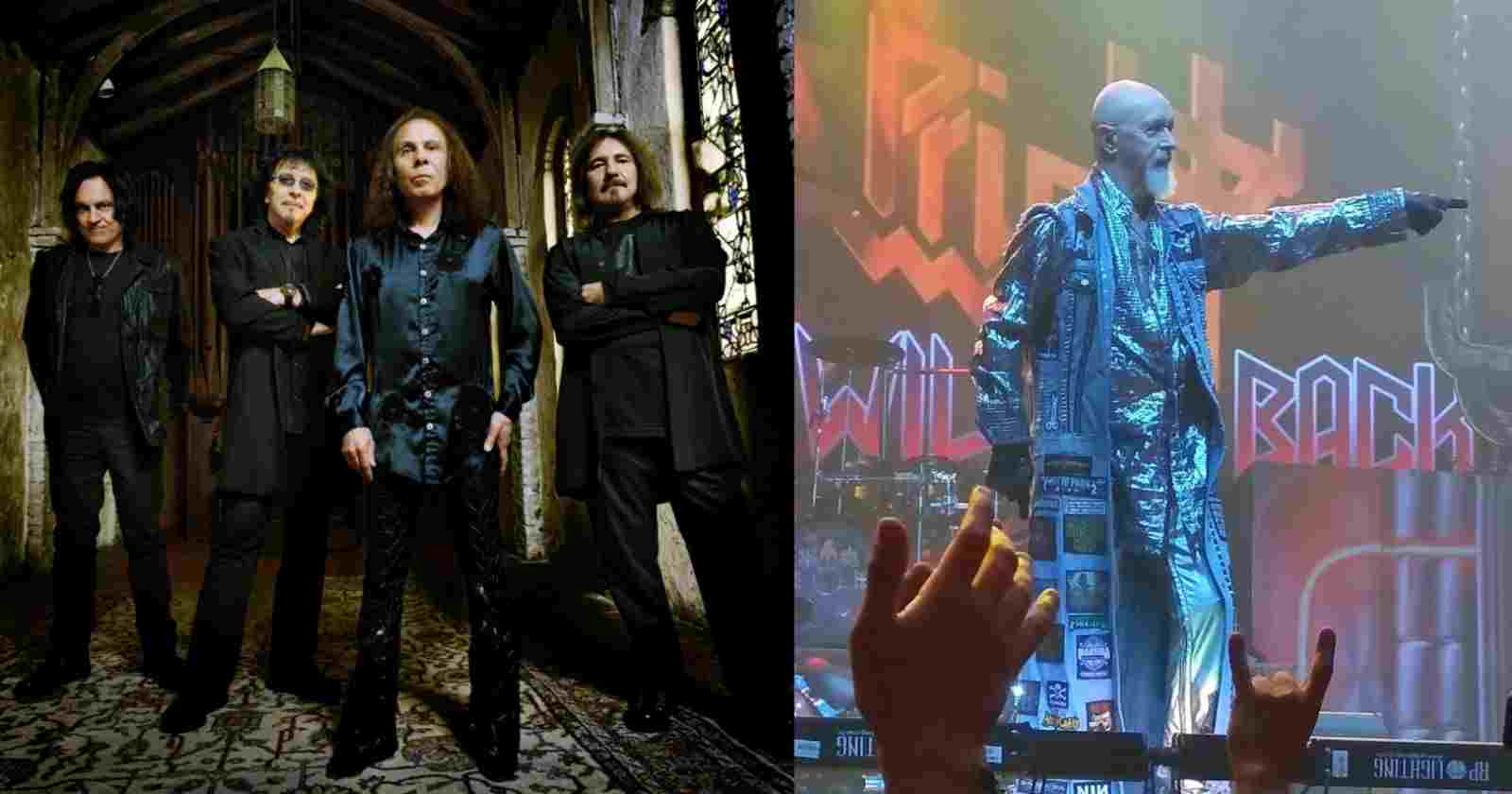 Now, in an interview with Rock Fantasy, Vinny Appice recalled when Rob Halford was Ronnie’s substitute in some Black Sabbath concerts and said that Heaven & Hell considered continuing with  Rob on vocals after Dio’s death.

“Ronnie didn’t wanna do those shows; he doesn’t wanna go on before Ozzy, ’cause who knows what would happen,” Vinny said (see video below). “So he refused to do ’em. But Tony [Iommi, guitar] and Geezer [Butler, bass] really wanted to do ’em, so now we’ve got a little conflict going. And it’s decided we’re doing the shows.”

“So now I’m in the middle. What do I do? So I had to sit down with Ronnie and go, ‘Look, I’m in the middle. What do you suggest? I don’t wanna really leave them hanging — there’s not much time to get a [different] drummer — and I don’t wanna burn my ties with you, obviously. I wanna play with you.’ And he said, ‘Do it. You’ve gotta do it. You can’t leave them without a drummer.’ So we agreed on what we were doing.”

“We played Phoenix with Ronnie, and then the next day was off,” Vinny continued. “So the next day we were gonna rehearse with Rob Halford at some rehearsal place. So it was really funny, because it was just a regular rehearsal place. And in comes Rob Halford, Iommi, Butler, me. People in there are going, ‘Ah, oh my God. What the fuck is this? What’s going on?’ I remember the faces — everybody was freaking out.”

“So we rehearsed with Rob for about two or three hours, and went over songs that I never played before; they were Ozzy tunes,” Vinny added. “The only thing we did of Dio’s was only a couple of ’em; one of ’em was ‘Heaven And Hell’. So now we’ve got all these new songs, and Tony and Geezer haven’t played them in a while either, and I haven’t played them. And now we’re playing with Rob, and we’re kind of now on edge. Like, ‘Oh, shit.’ You don’t have that confidence of, ‘Man, we’ve been playing the whole tour together.’ You don’t have that confidence. So it was a bit nerve-racking.”

“We went out, and it sounded great — Rob killed it. Except the teleprompter went off. So, luckily, Rob had all the lyrics on the floor on paper, but he couldn’t see them. So he got down on one knee so he could read the fucking lyrics.”

“It was great. It sounded great. People loved it. And it was good. Then there was words talked about maybe carrying on from there, with Rob. And then there was also talk, after Ronnie passed [in 2010], about doing it after that, after the dust settled too. And, actually, Rob kept wanting to do it — he wanted to do it. When I saw him somewhere — at an award show — [he told me,] ‘I’m gonna talk to Tony.’ And then recently, I sent a message over to management about, ‘Hey, we could easily do an album and not even see each other, the way things are done these days, with Rob.'”