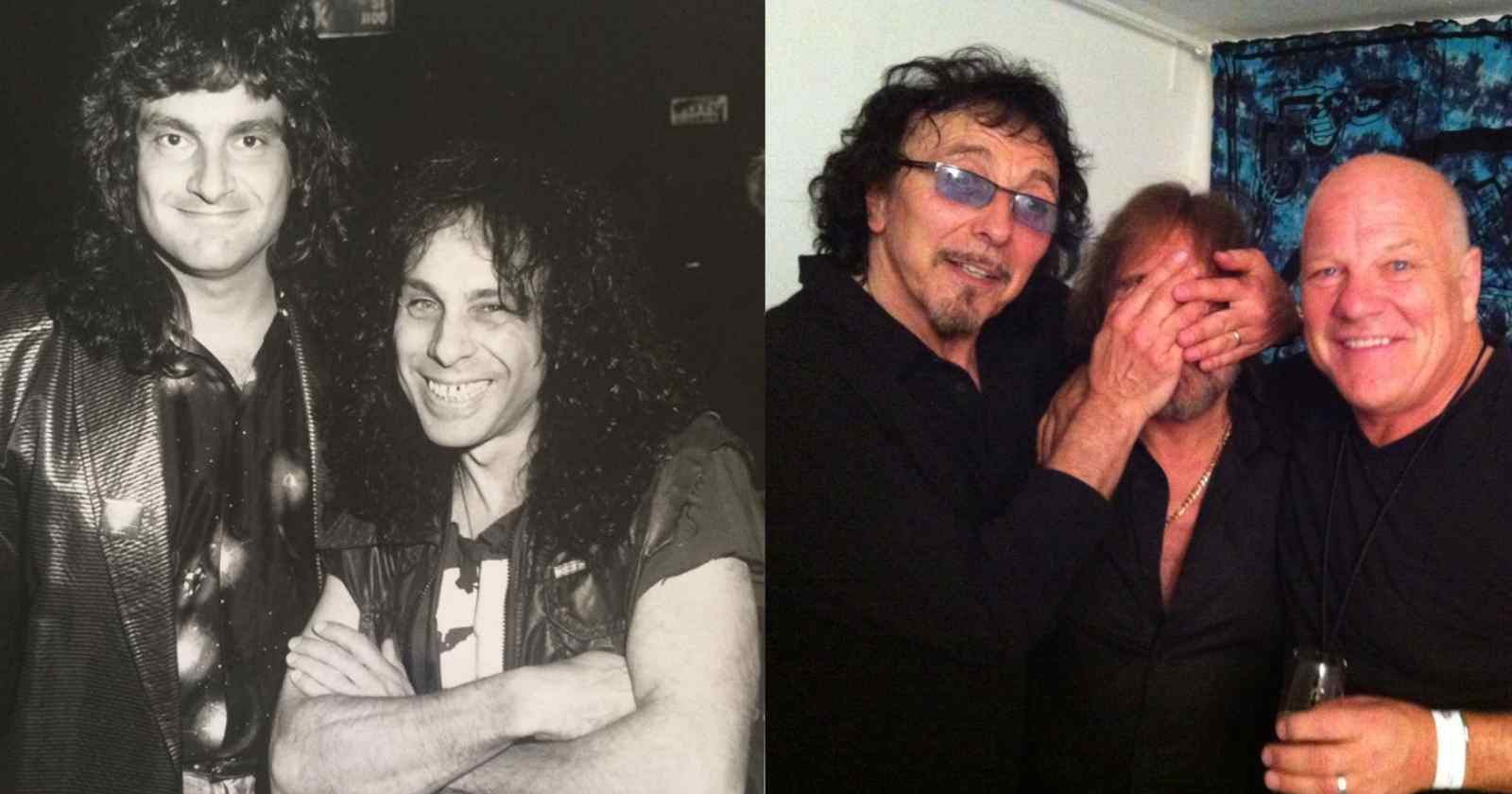 Ex-Black Sabbath drummer Vinny Appice recalled in an interview with Drum For the Song when he pranked guitarist Tony Iommi with the help of Ronnie James Dio when they were playing together. However, Tony Iommi that is known for being a prankster striked back the next day.

“We used to do a lot of pranks and stuff. I like to always mess around with stuff like that. One time, Tony Iommi got a new Range Rover, we were in Wales, recording at the one of the farms – Rockfield.”

“So we would go there and Ronnie and I were living there, and Tony and Geezer were there most of the days of the week but not on the weekend. And then Tony had a new Range Rover, so he pulled up and he comes in the studio and tells us, ‘I got a new car, man, it’s really cool.’ ‘Oh, let’s go see it!'”

“So we all go out and see it, ‘Beautiful, Ton, nice! Look at that – beautiful color…’ So we go back in the studio and as we walk back in, Tony and Geezer go first, then Ronnie goes, and I’m last. And I see a can of oil on the shelf, and I go, ‘Hey, Ron, let’s get the oil and pour it under his car and tell him it’s leaking.’ And Ronnie goes, ‘Yeah, yeah, yeah!’ He’s like a little kid – I turned him into a little kid.”

“I said, ‘But you have to tell him it’s leaking because if I do it he’ll know something’s up.’ So they all go in, I get the oil, pour some under the car, and then we wait a little bit, Ronnie pretends to go out of the studio for a minute, then he comes back in and he goes, ‘Hey, Tony, there’s a – it’s oil under your car.'”

“And Tony gets all, ‘What?’ He’s concerned, and we all go look at it – and I knew about cars too back then, I was taking classes to learn how to fix cars. I like doing this stuff.  So I go underneath, and I told him, ‘Oh, it looks like it’s leaking from the seal. The oil pan – it could be… It’s hard to tell but it is definitely oil dripping…’ And we’re laughing, we’re cracking up because it’s false.”

“And then we didn’t know but Tony called the Royal Auto Club to come all the way out to the farm and check the car out, and it cost him – I think it cost him a couple of hundred bucks. Then we had to tell him and he’s going, ‘You bastards!’ They’re all laughing… Next day, my room was destroyed. I go to my room, everything’s turned upside down, they blew pyro up in there. Tony arranged for a good-get back.”

Vinny Appice was Black Sabbath’s drummer from 1980 to 1982, having recorded “The Mob Rules” album then in 1991 and 1992 during the “Dehumanizer” album. From 2006 to 2010 he was also the drummer in Heaven & Hell, Sabbath’s new band also formed by Tony Iommi, Ronnie James Dio and Geezer Butler. They recorded only one album called “The Devil You Know”.