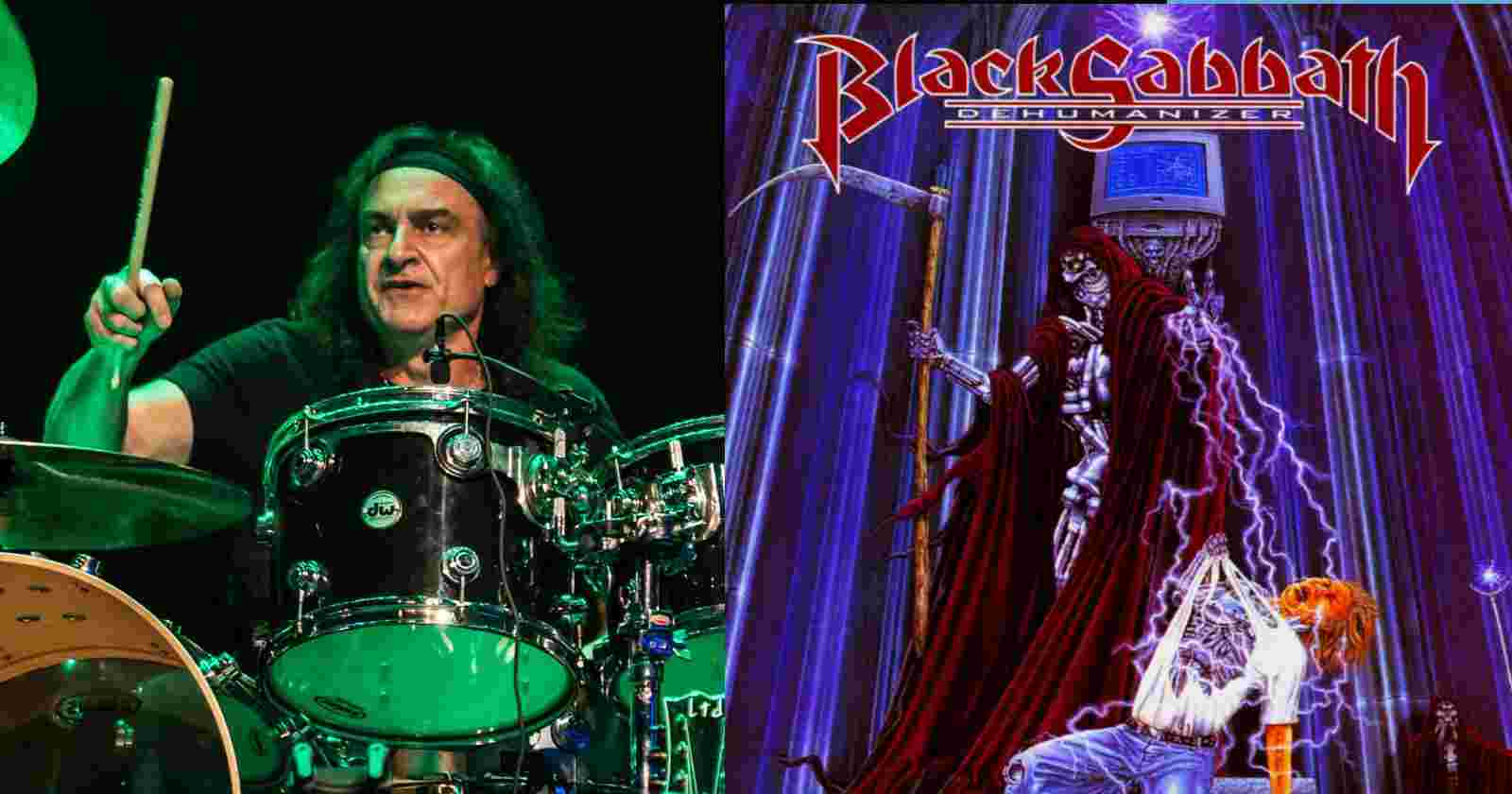 Ex-Dio and Black Sabbath drummer Vinny Appice recalled in an interview with Metal Express Radio (Via UG)  the making of Sabbath’s album “Dehumanizer” (1992) that was an attempt of Ronnie James Dio return to the band.

“The ‘Dehumanizer’ album, they were working with [drummer] Cozy Powell, I wasn’t involved yet, and then Cozy – it was going very, very slow from what I heard, and they were spending a lot of money on time and all that stuff.

“And at one point, Cozy was riding a horse and he fell off, and he broke his pelvis. He couldn’t play, so they said, ‘Now what do we do? Let’s call Vinny.’ So they called me, I go fly to England, this was in England that they were doing this record. Then we all hooked up, got on the same page again.

“They had about two or three songs written. Not recorded, but written – and demo recordings I think it was. When I got there it was in full steam ahead. When I’m in the band, it goes quick, I’m easy to work with, we all get along well, and we started really knocking out these songs.

“We had a house in England that Ronnie and I stayed at. It was outside of Birmingham, and that’s where we rehearsed. Tony and Geezer would come over and we’d rehearse in the living room, you know. Small amps, small kit, and it was very productive.

“And then I’d record stuff on the cassette, all the riffs that we had, we’d listen to them to see which one we’d work on. So that’s how Dehumanizer was born, the rest of it. It started with Cozy and ended with me,” Vinny Appice said.