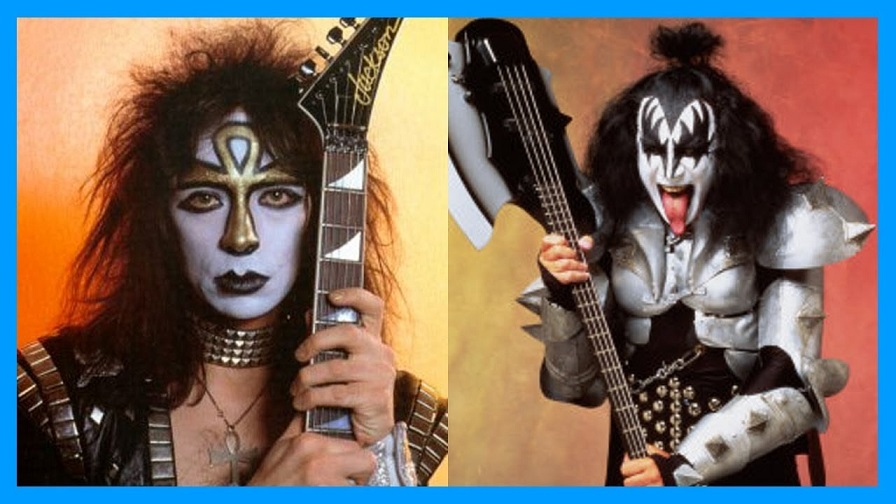 Former Kiss guitarist Vinnie Vincent has booked his second and third public appearances since ending his long and seemingly self-imposed exile — and one of them will find him reuniting with his onetime bandmate Gene Simmons.

As previously reported, Vincent re-emerged recently for an appearance at the Atlanta Kiss Expo, where he fielded questions from fans and offered his side of the long, strange story that started with his meteoric rise as a short-lived member of Kiss and included a series of bizarre personal travails. Admitting that his private woes kept him sidelined for an extended period, Vincent assured attendees that he was still writing and recording — and he revealed a willingness to meet up with Simmons at the Nashville date on Simmons’ “Vault Experience” tour.

As Vincent said at the time, Simmons reached out to ask about including a song they wrote together, “I Wanna Live,” on the deluxe set that Simmons is personally delivering via a series of personal visits. Communication re-established, the two set aside long-standing differences, and they’ll both be on hand when Simmons makes his way to Nashville on April 14 — a reunion confirmed by an ad Simmons posted and Vincent shared on Facebook.

TO GENE,THANK YOU MY VERY VALUED FRIEND, I'M HUMBLED AND HONORED TO BE A PART OF YOU AGAIN AND I THANK YOU SO MUCH…

Prior to reuniting publicly with Simmons in Nashville on April 14, Vincent is scheduled to appear at Spooky Empire in Orlando, where he’ll be offering autographs and photos from April 6-8. In another Facebook post, Vincent also indicated that he’s ramping up his solo storefront, telling fans he’s rolling out an array of merchandise that includes T-shirts and miniature guitars. “It’s gonna be fun weekend and a great time for all,” wrote Vincent. “There’s lots more to come … so stay tuned. OK?”

Iron Maiden, Ozzy and Judas Priest will be the headliners of Sweden Rock
Tommy Lee wants restraining order against his own son
Advertisement
To Top