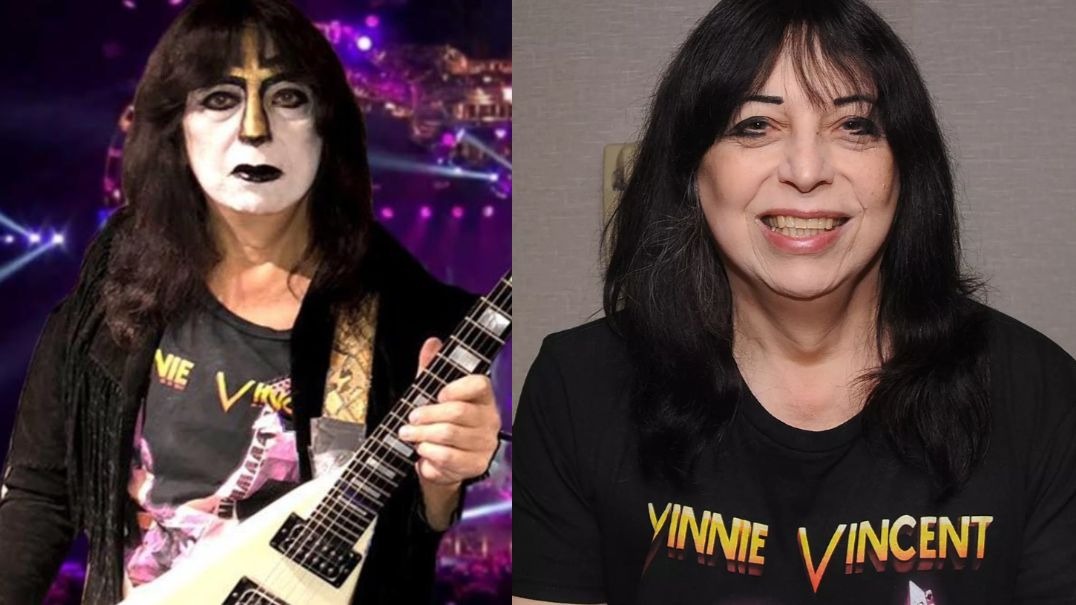 Ex-KISS guitarist Vinnie Vincent announced a new tour date in the United States. The concert will happen in Nashville, TN on June 7 at S.I.R. Soundstage in Nashville. The event appears to be a low-key affair, with only 60 VIP tickets available for purchase. Fans buying the $300 tickets will also receive a meet-and-greet and an autograph.

See the flyer below: 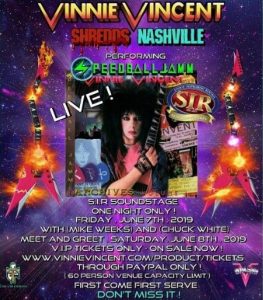 At the time, drummer Carmine Appice, who had been scheduled to perform alongside Vincent, questioned whether the guitarist would ever return to the stage.

“I always thought that if Vinnie messed this up, or whoever messed it up, I don’t know if there’ll be another chance,” Appice opined. “‘Cause this is his comeback. He already canceled it once [before]. And if gets canceled again, nobody’s gonna care anymore. [They’ll say] ‘I’m not gonna go even buy a ticket. He’s not gonna show up.”

Vincent was the last member to wear a unique makeup/costume configuration, as the character of The Ankh Warrior (a design created by Paul Stanley), until he and the band were first shown without the makeup during an interview on MTV in September 1983. He also was the leader of his own band, Vinnie Vincent Invasion.