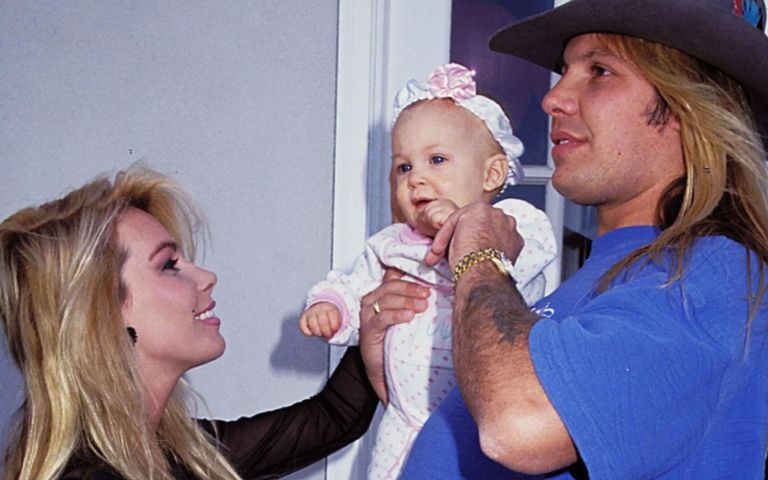 After the daughters death, the musician got into a self-destructive phase worse than anything he’d ever done previously.

According to Neil, the tumor weighed six and half pounds. The singer revealed in painful detail that “that’s how much Skylar had weighed when she was born… I had never seen anything like it before: it was the face of evil. It lay spread out in a metal pan, a nacreous mess of shit.”

In October 1995, Neil told People magazine that seeing a child die of cancer “is something no parent should have to go through. More than that, I wish no child ever had to go through it.

“If you’ve never gone through this, it’s hard to know what you’re supposed to feel,” he added. “I think of Skylar every day. I know someday the loss won’t hurt as much as it does now. But I loved Skylar very much, and that will never go away.”

Two years after Skylar’s death, Neil settled his differences with Mötley Crüe and rejoined the band.