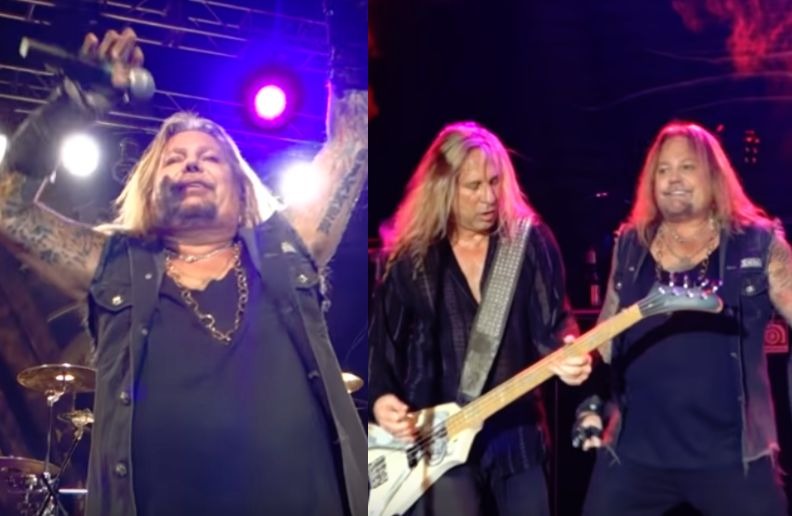 Mötley Crüe frontman Vince Neil performed with his solo band on February 15. Footage of the show has appeared on the internet and can be seen below.

Neil continues to travel the world with the group, which includes Dana Strum and Jeff Blando, Slaughter. The drummer is Zoltan Chaney.

He recently said he is the only Mötley musician who continues to carry the bands legacy. He continues to play the songs even as a solo artist.

Mötley Crüe’s biopic, The Dirt, will be released on March 22. The film, directed by Jeff Tremaine, was chosen by Netflix for distribution.

Neil was born in Hollywood, California to Shirley (née Ortiz) and Clois “Odie” Wharton. He has Mexican ancestry on his mother’s side and Native American ancestry on his father’s. During the 1960s, his family moved around Southern California from Inglewood to Watts, before finally settling in Glendora, attending Sunflower Intermediate School and later Royal Oak High School. As well as having an interest in music while a teenager, Neil was also interested in surfing, basketball, baseball, football and wrestling.