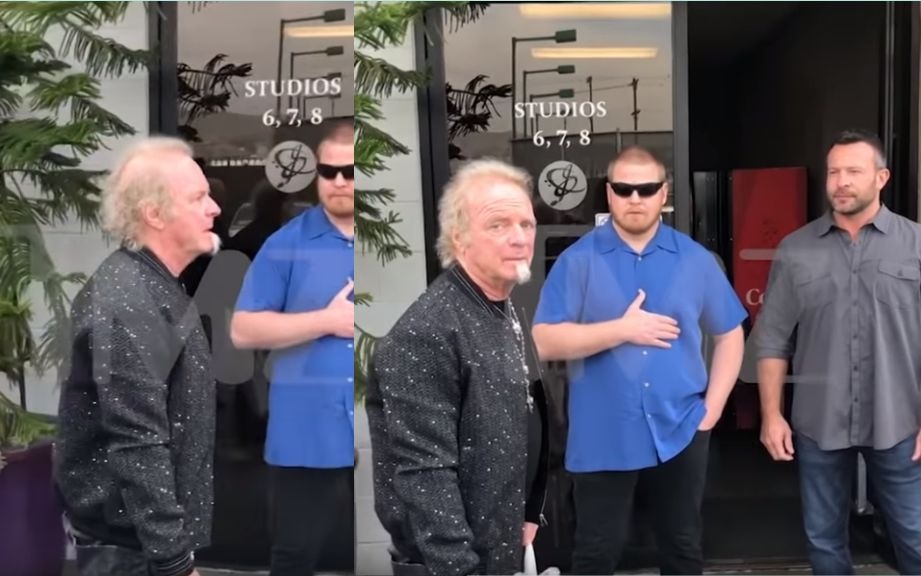 TMZ released a video, recorded last weekend, showing Joey Kramer being barred from an Aerosmith rehearsal in Los Angeles. The rehearsal was for a performance to be held at the Grammy ceremony. Two security guards prevent the musician from entering the studio. Making it clear that they received orders from the other 4 members of the band.

The drummer has filed a lawsuit against the band in recent days. Accusing his colleagues of not letting him return to training after experiencing a temporary physical problem.

Joey Kramer says he received a schedule of rehearsals from Aerosmith last Saturday (18). Therefore, he traveled to Los Angeles on Sunday (19) and was then stopped at the studio door.

See Joey Kramer being prevented from rehearsing with Aerosmith:

About that, Joey Kramer said:

“The band waited until January 15th to tell me that they would not let me play at the ceremonies the following week. I keep my head up knowing i did the right thing. Fighting for my right to celebrate the success of the band that i dedicated the best to and part of my life to help build.”

“The band’s offer for me to participate only in the red carpet photos of the events is appreciated. However, with a substitute drummer playing on stage at two events honoring our joint musical collaborations is extremely painful for me. Professional musician who wants to return to his place at Aerosmith”.

The judge points out that Joey Kramer did not present any argument convincing enough to play with his colleagues. Aerosmith will perform Friday (24), at the MusiCares event. And on Sunday (26), during the Grammy Awards ceremony.

The decision states: “Given that Kramer has not played with the band in 6 months. And that there is no time available for rehearsals before the next performances. Kramer has not shown an alternative action plan sufficiently realistic to protect the band’s commercial interests.”

The band also said that there were given multiple opportunities for Kramer to rejoin the group. Saying: “over the last several months, but always backed out. We’re told Joey finally recorded a tape for Steven, Joe, Tom and Brad to hear earlier this month. But they didn’t feel his drumming was up to par.”