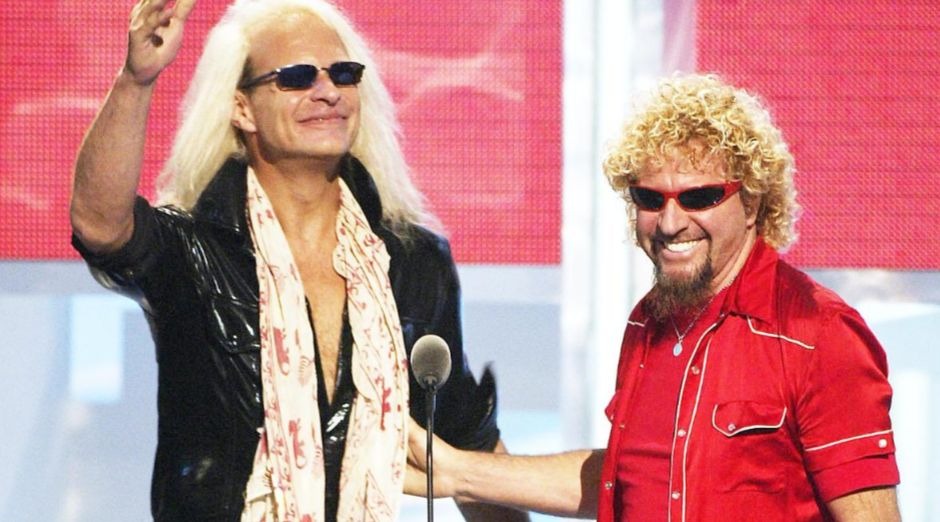 Producer Ted Templeman didn’t want David Lee Roth as the lead singer of Van Halen. Right in the early days of the band, in the 1970s, he thought about bringing a stronger performing singer in his vision, like Sammy Hagar. At the time, known for his work with Montrose.

Templeman revealed the story in his biography, ‘Ted Templeman: A Platinum Producer’s Life In Music’, written by journalist Greg Renoff. Templeman was already a famous producer in the 70’s, having worked with names like The Doobie Brothers, Van Morrison, Captain Beefherat, Carly Simon and Montrose. However, his life changed in 1977, after attending a Van Halen concert at Starwood, home of events in Los Angeles, United States.

The producer tells the entire story of the first time he saw Van Halen live:

“To be honest, I rarely bothered to take calls concerning unknown local bands. By the time Marshall called, I was a Warner Bros. vice president and staff producer—I’d already recorded albums with Van Morrison and Little Feat and discovered and signed the Doobie Brothers as well as Montrose, whose 1973 debut album would become a landmark in hard rock.” 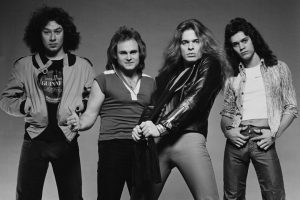 “I’d even had a fleeting moment of pop stardom in the ’60s as the drummer in Harpers Bizarre, remembered today chiefly for our top 10 cover of Simon & Garfunkel’s “The 59th Street Bridge Song (Feelin’ Groovy).” But Marshall was an old friend; he’d booked the Beach Boys, so I knew he had an eye and ear for young musical talent.”

“So I picked up his call. He proceeded to tell me that he was managing the recently reopened Whisky a Go Go and was booking a lot of young acts. Then he said, “Ted, I’ve got a band for you. Their name is Van Halen. They’re from Pasadena, and next month they’re going to be playing two shows on back-to-back nights at the Starwood.”

“The first time I ever heard the name Van Halen was when Marshall said it to me. This wasn’t some sort of oversight on my part. At the beginning of my career at Warner Bros., I’d gone to clubs like the Troubadour to scout talent. But by 1977 that kind of street work was no longer part of my portfolio. Still, based on Marshall’s recommendation, I was intrigued. I put the dates on my calendar and told him I’d be there.”

“So on February 2 I went down to the Starwood, on Santa Monica Boulevard in West Hollywood. I spotted an empty table with a candle and a card with my name on it, but I didn’t sit down. I bounded up the stairs to the balcony so I could watch the show from the shadows, thinking that if this band wasn’t any good, I could exit without any drama from anyone in their camp. One thing hit me before the show even started: They hadn’t drawn a crowd—the Starwood was almost empty.”

“When Van Halen came onstage, it was like they were shot out of a cannon. Their energy wowed me, especially because they performed like they were playing an arena and not a small Hollywood club. So my interest was piqued, even though their singer didn’t impress me. At that moment that didn’t matter much, because their guitar player blew my mind.”

“Right out of the gate I was just knocked out by Ed Van Halen. It’s weird to say this, but encountering him was almost like falling head over heels in love with a girl on a first date. I was so dazzled. I had never been as impressed with a musician as I was with him that night. I’d seen Miles Davis, Dave Brubeck, Dizzy Gillespie, all of those transcendent artists, but Ed was one of the best musicians I’d ever seen live.”

“His choice of notes—the way he approached his instrument—reminded me of saxophonist Charlie Parker. In fact, as I watched, I was thinking there are two musicians in my mind who are the absolute best of the best: Parker; jazz pianist Art Tatum; and now here’s the third game changer, Ed Van Halen. So right away I knew I wanted him on Warner Bros.” 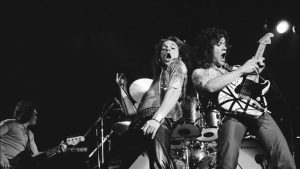 “When I think back on that night, it wasn’t just one thing about him that grabbed me. It was his whole persona. When he played, he looked completely natural and unaffected; he was so nonchalant in his greatness. Here he was playing the most incredible shit and acting as if it were no more challenging than snapping his fingers.”

By the time their first set ended, I was sold. I slipped out of the club and hustled back to my car. Driving home in the rain, I was so amped about what I had seen that I stopped at two different pay phones, trying to get Donn Landee, my favorite recording engineer and right-hand man in the studio. I finally got him after I got home. I said, “I just heard this band called Van Halen at the Starwood.”

“We’ve got to go after these guys. You’re not going to fucking believe it when you hear them. This kid guitar player is amazing!” I was so electrified by what I’d seen that I hardly slept a wink that night.” 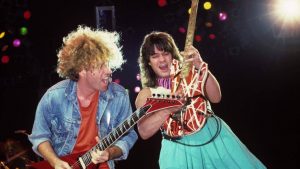 “At daybreak I called Warner Bros. Records chairman and CEO Mo Ostin, asking him to clear his calendar for that evening because there was an unsigned act he needed to see with me in Hollywood. He said, “If you’re that excited about this act, I’m there.” By approaching Mo I was being strategic. I could have just as easily gone to Lenny Waronker, Warner’s legendary head of A&R (who’d produced Harpers Bizarre), but I knew Mo, unlike Lenny, was a heavy metal fan. Mo listened to the Who.”

“He’d signed the Kinks and the Jimi Hendrix Experience to Reprise. So in my mind I had Mo pegged as the executive most likely to respond to Van Halen the way I had. I knew I had enough juice inside the company to get them signed. But I wanted it to happen fast, before any other labels got wind of our interest in the band. And I knew Mo could sign them on the spot if he dug them.”

The producer said about thinking about Sammy Hagar to be Van Halen singer 1977:

“That evening the two of us, along with Russ Titelman, another Warner staff producer and vice president, went to the club. We met Marshall, and the four of us watched from the balcony. Once again, Ed’s performance moved me. His sound! The low-end thump from his cabinets—it just didn’t seem like those kinds of seismic tones should be coming out of those speakers. The other thing that sticks out in my mind is that they played “You Really Got Me.””

“I knew that Kinks song would resonate with Mo. On this second night I thought I should pay more attention to the band’s singer. As a performer and vocalist, he underwhelmed me. His stage presence was awkward, and his singing wasn’t great. I didn’t know it at the time, but David Lee Roth had patterned himself after Jim “Dandy” Mangrum of Black Oak Arkansas. Sitting there in the darkness watching Roth, I was actually a bit nervous that Mo was going to be turned off by the singer’s antics and perhaps might pass on Van Halen.”

“Truthfully, Roth made me nervous, too. I thought, What am I going to do with this group if we sign them and the singer can’t hold up his end of the bargain? And I could make the guitar player a solo artist if the worst came to pass. I found myself mulling over dumping the singer for a stronger vocalist, like Montrose’s lead singer, Sammy Hagar. I thought, hell, he might be the perfect singer for Van Halen.”

“When the lights came up, Mo, Russ, and I shared our impressions with one another. As it turned out, Russ didn’t really like Van Halen all that much, but Mo wanted to sign them. We told Marshall we’d like to meet them, so he took us backstage. The four guys were all really nice, and when I talked to Ed about perhaps making a Van Halen record, it was refreshing to discover that he was so unaffected by his talent. Mo pulled Marshall and me aside. Mo said to Marshall: “Do they have a manager?””

“No, I’m just kind of looking after them. Well, they do now. You’re their manager.” Right there, we made the deal. I was ecstatic.”

Recently, Templeman said Sammy Hagar is the best rock singer of the planet.