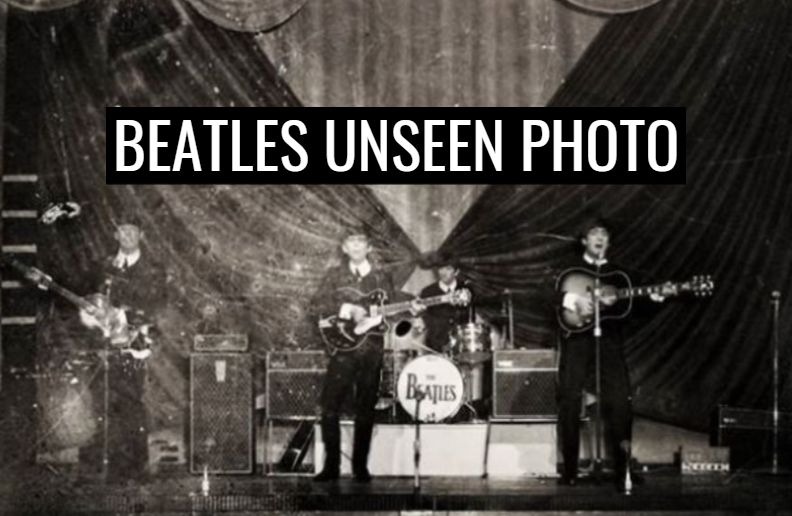 An image that shows the Beatles during a presentation in the English city of Great Yarmouth in 1963 was revealed from a negative of Peter Harrison, who was 17 at the time and did what no one else did, took to the show a camera to take pictures instead of enjoying the band playing on the stage.

Harrison lost the Beatles show and was fumbling with the camera because he was an apprentice in a studio, he explained to the Great Yarmouth Mercury newspaper. His boss took a series of promotional photos of The Beatles that day, but the vast majority of the negatives ended up burning. Harrison’s negative was one of those who got good, however, he as a good trainee did not check the outcome of his work and took the material home. 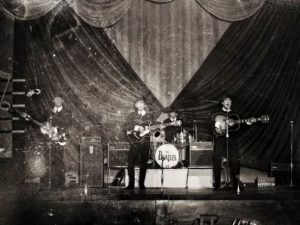 Only now, therefore, this picture was revealed, in every way, after Harrison’s son had completed a photography course. “For 55 years I have the negative in a drawer. My son took a black and white photography course and I thought he might be interested in this material. I sent it to him and the image came from there,” Harrison told the paper.

The Beatles were an English rock band formed in Liverpool in 1960. With members John Lennon, Paul McCartney, George Harrison and Ringo Starr, they became regarded as the foremost and most influential music band in history.

Rooted in skiffle, beat and 1950s rock and roll, the group were integral to pop music’s evolution into an art form and to the development of the counterculture of the 1960s. They often incorporated classical elements, older pop forms and unconventional recording techniques in innovative ways, and later experimented with several musical styles ranging from pop ballads and Indian music to psychedelia and hard rock. As the members continued to draw influences from a variety of cultural sources, their musical and lyrical sophistication grew, and they were seen as an embodiment of the era’s sociocultural movements.