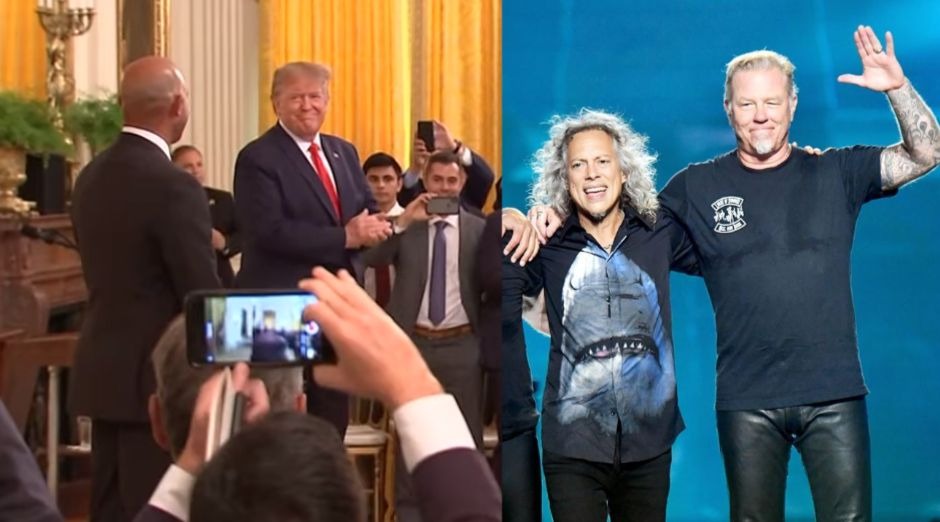 US President Donald Trump on Monday awarded the Presidential Medal of Freedom to former New York Yankees baseball player Mariano Rivera. But it ended up generating controversy, as it used one of Metallica’s greatest hits as a soundtrack.

The moment began when the two arrived in the White House press room and the hit “Enter Sandman” was played until they positioned themselves to begin the ceremony.

Throughout his career, Rivera, who was called “Sandman” during his best phase, gained prominence when “Enter Sandman” played at Major League Baseball stadiums, even though he was never a fan of the band.

The Presidential Medal of Freedom is awarded to those who represent the interests of the United States, as well as the security and cultural impact of the nation.

Mariano Rivera (born November 29, 1969) is a Panamanian-American former professional baseball pitcher who played 19 seasons in Major League Baseball (MLB) for the New York Yankees, from 1995 to 2013.

Nicknamed “Mo” and “Sandman”, he spent most of his career as a relief pitcher and served as the Yankees’ closer for 17 seasons.

A thirteen-time All-Star and five-time World Series champion, he is MLB’s career leader in saves (652) and games finished (952). Rivera won five American League (AL) Rolaids Relief Man Awards and three Delivery Man of the Year Awards, and he finished in the top three in voting for the AL Cy Young Award four times.

He was inducted into the Baseball Hall of Fame as part of its class of 2019 in his first year of eligibility, and was the first player ever to be elected unanimously by the Baseball Writers’ Association of America (BBWAA).