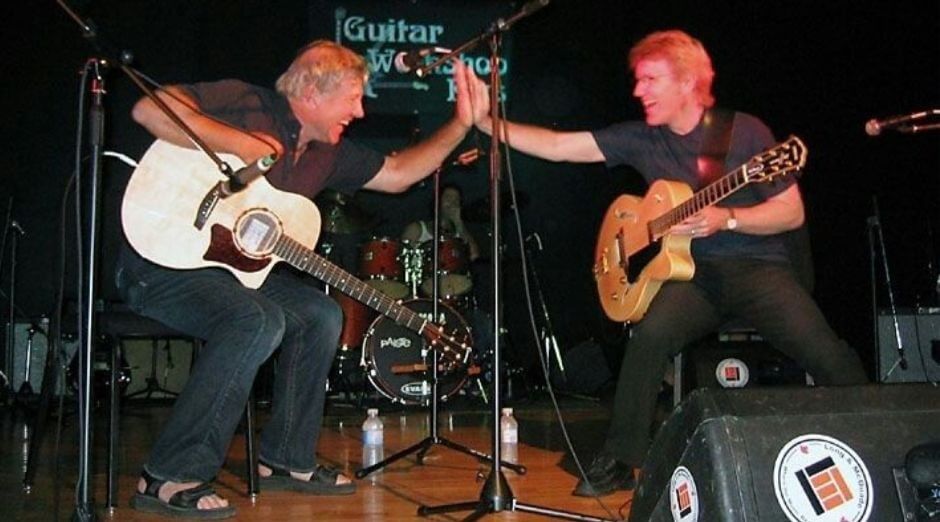 Triumph‘s guitarist Rik Emmett said that they were always were “on Rush‘s Coattails” during their career. The musician talked about the band in an interview with WRIF radio also commenting on Neil Peart’s death. 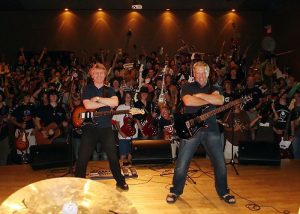 “I met Neil only on a couple of occasions. Neil was not the kind of man who liked to go to industry functions; he didn’t do meet-and-greets; didn’t hang around after gigs. He was a very private kind of a guy, and I respected that. I admired that in him. Kinship-wise, Alex (Lifeson) and I were always well suited to each other, I think. When Triumph was just a bar band playing The Gasworks on Yonge Street in Toronto, Alex came down to the gig and had a couple of beers and introduced himself to me. We’ve done guitar workshops together. Of course, he played on one of my records.”

“I did a record for Mascot/Provogue a few years back, 2016, I think. Alex played on a couple of tracks. He’s a gentleman [and] he’s a tremendous artist. If he had decided he wanted to be a painter, he would have been a great painter. If he’d have been a poet, he would have been a great poet. But he was a guy that picked up an electric guitar and eventually was in this band. And Rrush, we were always riding on their coattails. They were always a bigger thing than us. Breaking other markets and playing all over the world. We owed a lot to them.”

About Geddy Lee, he said:

“I don’t really know Geddy (Lee) that well at all. I think I’ve only said hello to him once. He and I, we share something. He had a son that ended up playing baseball on a fairly high level, and my son also ended up playing NCAA Division I in the States on a scholarship. I see Geddy at the ballgames, he’s got great seats, so the centerfield camera shows him sitting in the second row. So we get to see Geddy, if you’re in Canada, practically every night when they allow people into the stadiums. But I don’t know him that well. Alex is kind of the guy who was my bud.”