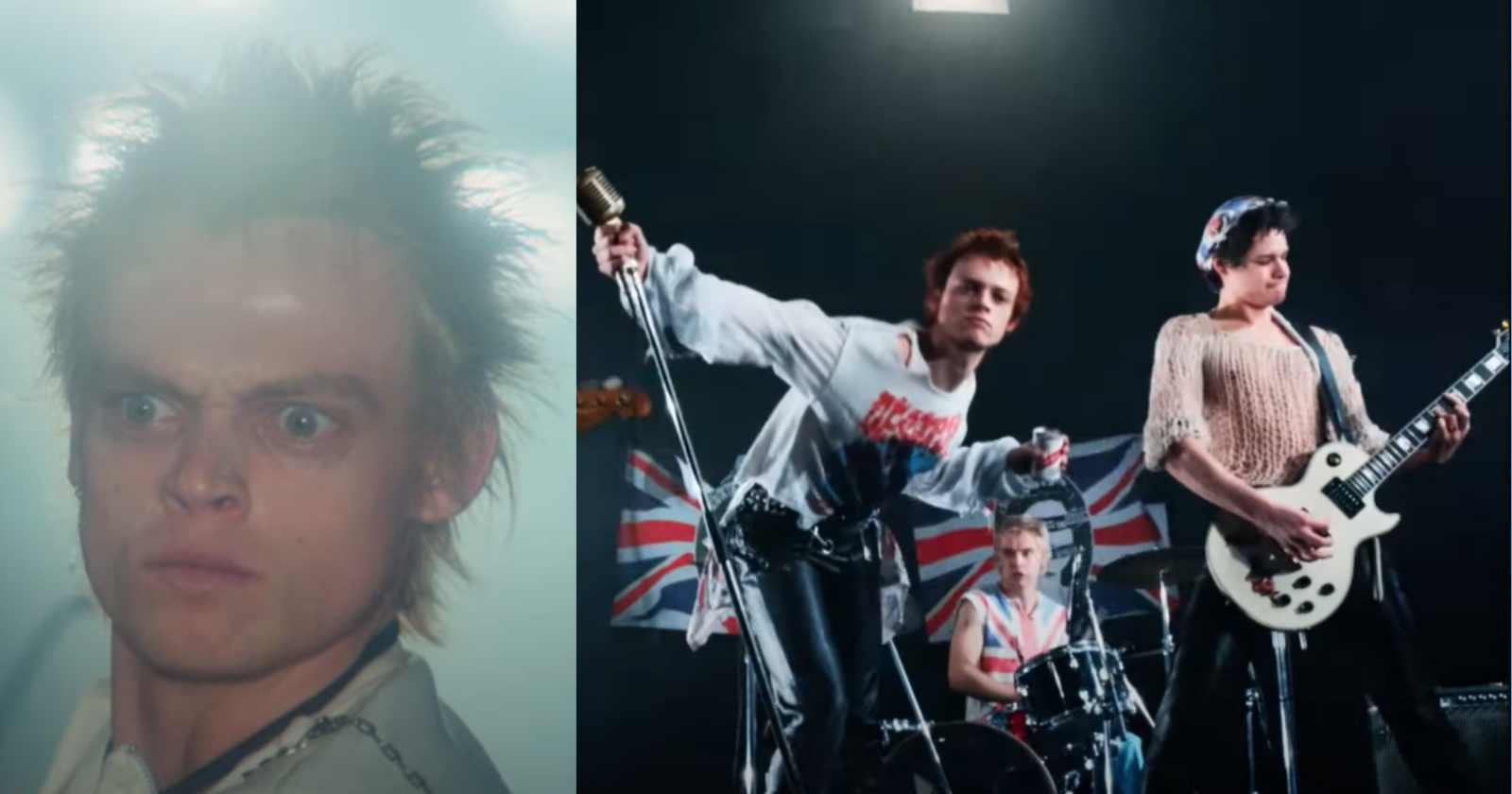 The trailer for the upcoming series “Pistol” about the legendary British Punk Rock band Sex Pistols was released. The six-episode production directed and produced by the praised director Danny Boyle (28 Days Later, Trainspotting, Slumdog Millionare) will be focused on the life of the band’s guitarist Steve Jones. It will premiere May 31 on the streaming services Hulu (In the United States) and on Disney+ (In United Kingdom, Ireland, Canda, Australia, New Zealand and Singapore).

The series were produced by FX and is based on Steve Jones’ memoir “Lonely Boy: Tales From A Sex Pistol” released in 2018.

Watch the trailer of the Sex Pistols series “Pistol”:

In an official statement, director Danny Boyle talked about the movie, saying: “Imagine breaking into the world of ‘The Crown’ and ‘Downton Abbey’ with your mates and screaming your songs and your fury at all they represent. This is the moment that British society and culture changed forever.”

“It is the detonation point for British street culture…where ordinary young people had the stage and vented their fury and their fashion…and everyone had to watch and listen…and everyone feared them or followed them. The Sex Pistols.”

“At its center was a young charming illiterate kleptomaniac — a hero for the times — Steve Jones, who became in his own words, the 94th greatest guitarist of all time. This is how he got there,” Danny Boyle said.

John Lydon is not happy with the series

Even though all the other members of the Sex Pistols agreed with the show, John Lydon (Also known as Johnny Rotten), the vocalist of the band is not involved in the project and according to him he wasn’t even invited. In an statement on his official website in 2021, the musician talked about the production saying:

“For more than 23 years the Sex Pistols have operated on the basis of unanimous decision making. The Disney production is the first time that the unanimous approach has been ignored. It is disappointing that a High Court judge has decided that John Lydon is bound by an undated agreement signed in 1998, which imposes on the Sex Pistols a majority rule arrangement in place of the unanimous decision making process that has been followed for 23 years.”

“Looking forward, there is great uncertainty about what the majority rule approach might do to water down and distort the true history and legacy of the Sex Pistols. Time will tell. Whatever Disney does, it is doing it without John’s involvement or creative approval. John is powerless to prevent any distortion of the true history of the Sex Pistols and whatever results will be at the wish of the majority only.”

In 2022, the musician commented the first trailers of the production, saying:

“We were originally led to believe “Pistol” was a Steve Jones story, not a Sex Pistols story. Going by the trailer it doesn’t seem to be the case. John’s “likeness” is clearly being used to sell this series, a series he was not involved in, and was put together behind his back. Putting words in John’s mouth and rewriting history. A middle class fantasy. Disney have stolen the past and created a fairytale, which bears little resemblance to the truth. It would be funny if it wasn’t tragic,” John Lydon said.