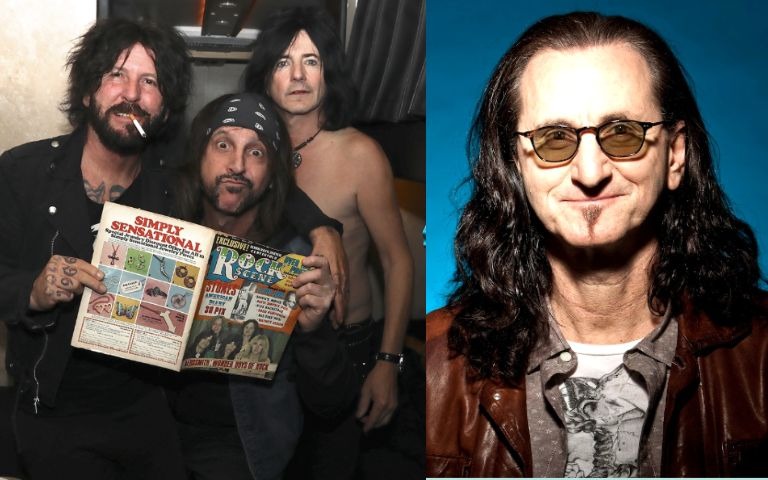 “I think, first of all, the singer sounds more like Geddy Lee than Robert Plant.

“It’s difficult when you go into comparing things to Led Zeppelin because Led Zeppelin’s mastery of music and that chemistry is very special.

“So, you can say a lot of great things about Greta Van Fleet, but they in no shape or form rival or compare to the use of Eastern influence and folk music of Led Zeppelin.

“Like, ‘Hey you should come to see this band Greta Van Fleet they’re like Led Zeppelin.’ And then you go and – and I get the maple drums, I get the cool shirts and the singer sings in a high falsetto – but there’s nowhere near the danger of ‘these guys are going to beat my ass after they fuck my girlfriend.’ And Led Zeppelin had that.

“And that’s the thing about rock ‘n’ roll – it’s psychological; it’s about the stories; it’s about things that are attractive. The things Greta Van Fleet has going for them, they’re good-looking guys, they sound cool, they’ve got a rough, vintage-y sound.

“But there’s another band out there called The Darbies that is even a little bit younger than Greta Van Fleet and these guys will scare the shit out of you.

“I tend to lean more towards extreme metal and black metal and stuff like that when I’m listening to my hard rock these days because I really need that danger. Those bands have more danger in the same way Jimi Hendrix had danger than the so-called ‘rock’ bands of today.

“The rock bands of today they’re very safe. It’s not … Nothing flips me out. But The Darbies really do. And Greta Van Fleet, that’s a great success story for rock ‘n’ roll and that benefits everybody. But people should be careful with their comparisons.”