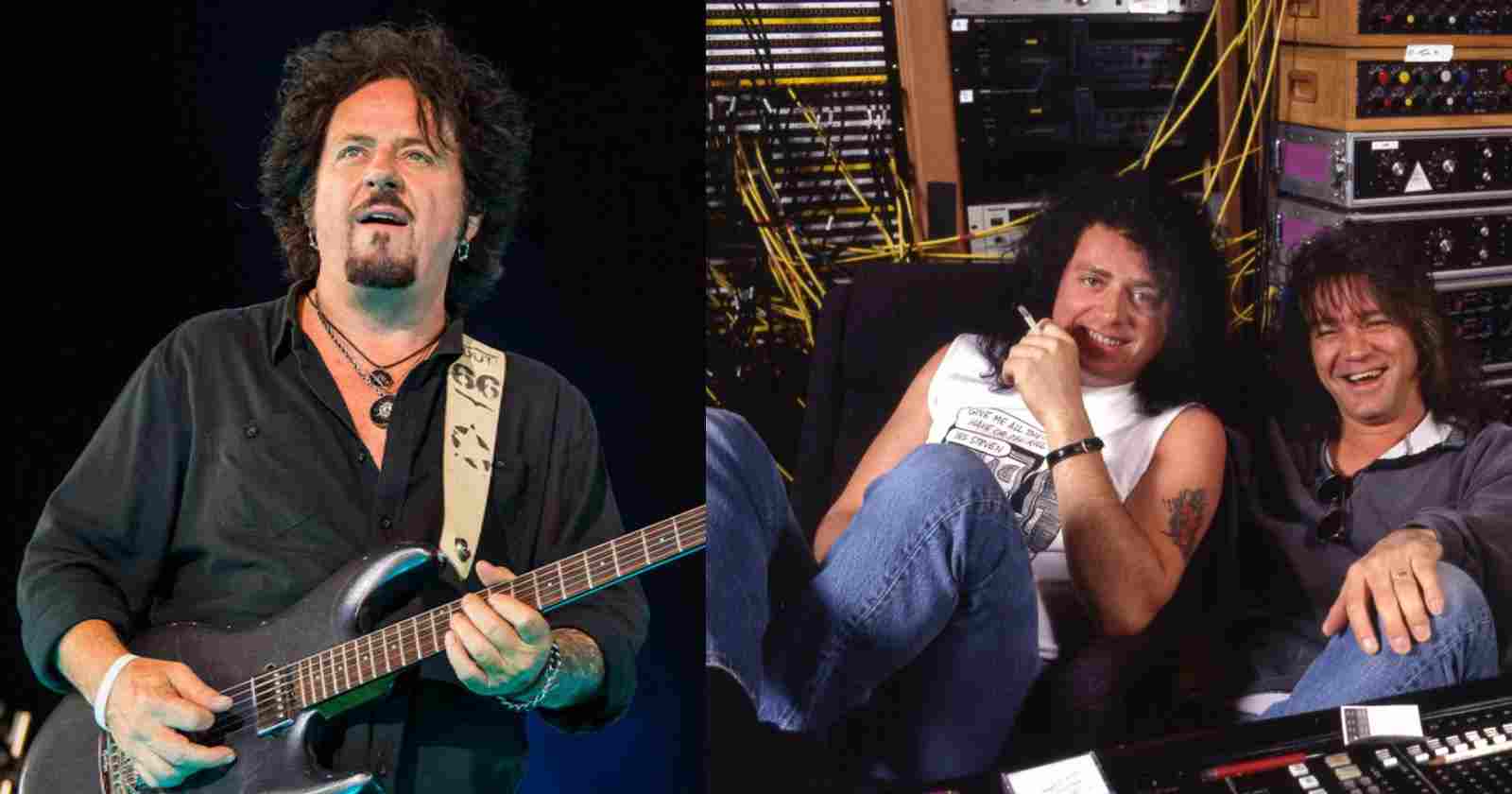 Toto guitarist Steve Lukather talked in an interview with Metal Master Kingdom about how much he misses Eddie Van Halen, that unfortunately lost his battle against throat cancer at the age of 65.

Toto’s Steve Lukather talks about how much he misses Eddie Van Halen:

“It’s hard for me, man, ’cause the wound is still very deep. I’m very honored to have been Ed’s friend — really a friend; not just a guitar buddy who had a beer with him once. [There is] 40-plus years with him, Al and I.”

“I know all the guys. I love all the guys. I’m Switzerland [when it comes to their relationships with each other]. I was just on Sammy’s [Hagar] show. He was beautiful to me. Mike’s [Anthony] always nice to me. The brothers [Ed and Al] and I have always stayed very close. I’ve been in touch with Al more than anybody. And Janie [Eddie’s widow] sent me some wonderful pictures of Ed and I when we were younger that she found somewhere. And I’ve been in touch — I talked to Wolf [Eddie’s son] once. I’m gonna leave him alone. He’s got his mom.”

“This is a hole in my heart that won’t go away. He was a real friend of mine, okay? We didn’t get together and talk about guitars and stuff unless we wanted to play each other something new or brag about our kids. And really, we spent the last half of our relationship bragging about each other’s sons, ’cause they both play. We always had that in common — the sons and the guitar. We have a lot in common off the gig that has nothing to do with [music].

“I loved the man. There’s nothing to argue about how great he was as a musician. I don’t have to. Who’s gonna argue? He was one of the greats to ever pick up rock and roll guitar — he changed everything. And he was my friend. And I miss my friend more than anything. I miss the roar of one of his vehicles scaring the fuck out of my neighbors. And the way he laughed, and the way he fucking hugged me whenever he came by…”

“The last thing I have in my phone is just a heart that he sent me. It’s hard for me to talk about because it’s an open wound. But I imagine how his family [feels]. My heart goes out to everybody in the Van Halen family.”