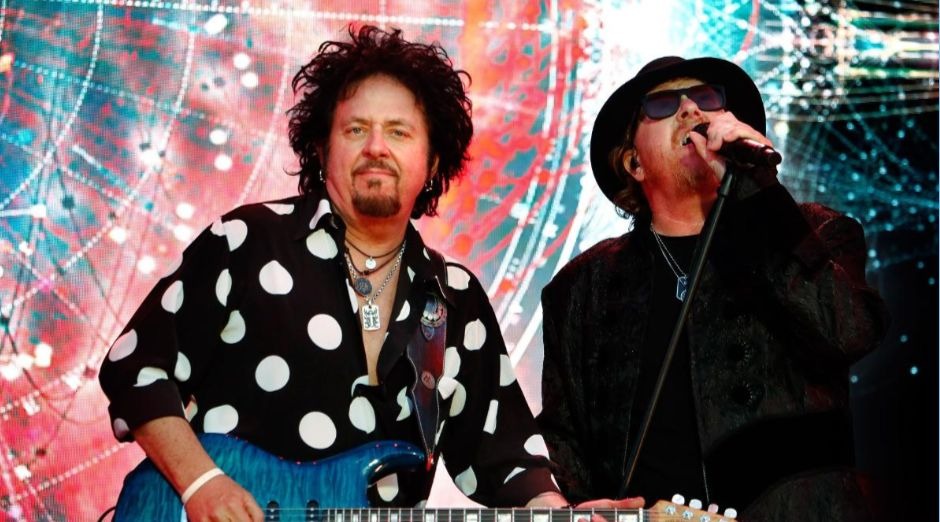 Toto founding guitarist Steve Lukather told “The Morning Call” in a new interview that the band’s current lineup – which also includes other founding members Steve Porcaro and, until recently, David Paich, as well as longtime singer Joseph Williams – will end as soon as the group’s 40th anniversary tour ends on October 20 in Philadelphia (USA).

“I don’t know what the future-future’s gonna be, but I do know that’s gonna be the last show, for the foreseeable future and certainly the end of this configuration of Toto,”

Few groups in the history of recorded music have, individually or collectively, had a greater mark on pop culture than Toto members. As individuals, band members can be heard on astonishing 5,000 albums that together accumulate a sales history of half a billion albums.

Among these recordings, NARAS applauded the performances with over 200 Grammy nominations. Collectively, Toto has over one billion plays worldwide across all streaming services.

With over 40 years together and literally thousands of credits, including Michael Jackson’s best-selling album of all time, “Thriller” and accolades to their names, Toto remains one of the best-selling tour and recording song names. in the world.

They are the benchmark by which many artists base their sound and production and continue to transcend the standards set by the entire music community, simply being synonymous with musical credibility. Their repertoire remains current through high usage on open television. They are pop culture and are one of the few bands of the 1970s that have endured changing trends and styles for their career to enjoy.

Two thousand and eighteen was a milestone year, with the 40th anniversary of Toto, which celebrated the occasion by embarking on its longest world tour in years. The band performed to hundreds of thousands of fans across Europe and North America as their global critical mass level reached new heights, largely fueled by the rediscovery of favorites from their beloved repertoire.