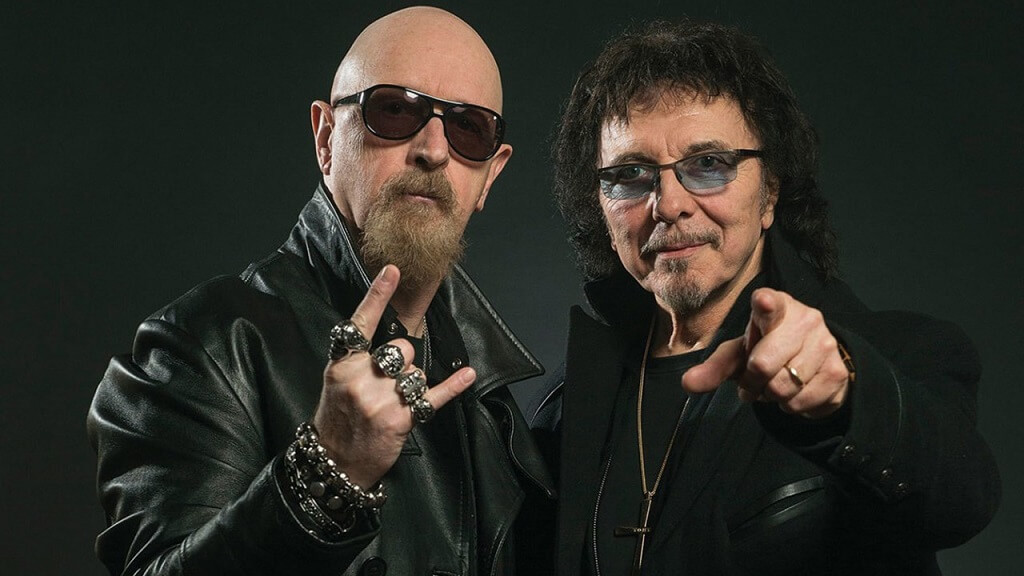 Black Sabbath guitar legend Tony Iommi said he’s interested in collaborating with fellow metal god Rob Halford, explaining to Metal Hammer how they’ve been talking about it for quite some time.

The legendary Black Sabbath guitarist Tony Iommi said he is interested in collaborating with his great friend Rob Halford, the Metal God from Judas Priest.

Read what he told Metal Hammer:

We’ve talked about it for ages. When the time’s right it would be nice to write a track or two, or whatever. I’d like to do that. It’s nice to work with people that you respect and like.”

About his musical activities since Sabbath, he said:

“I’m not writing at the moment, but I will be. I moved house, and I’ve only just got set up again. It’s great to have a break – you come back fresh.”

Halford already performed live as Black Sabbath vocalist in 1992 and 2004.

See some footage below: